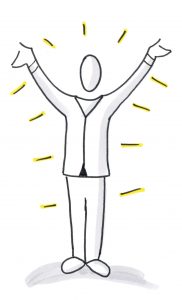 This is something to get washing machine and soap manufacturers in a lather – clothes that clean themselves, or at least resist the grubby attention of the world’s grime.

The coating is a mixture of rubbery plastic particles of ‘polydimethylsiloxane’, or PDMS, and liquid-resisting nanoscale cubes developed by the Air Force that contain carbon, fluorine, silicon and oxygen.

The key to its effectiveness is its texture.

It hugs the pore structure of whatever surface it’s being applied to, and it also creates a finer web within those pores.

This structure means that between 95 and 99 percent of the coating is actually air pockets, so any liquid that comes in contact with the coating is barely touching a solid surface. 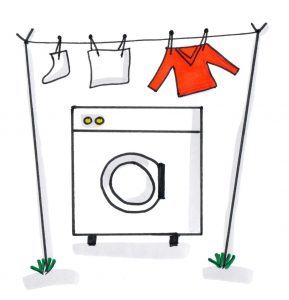 We may soon have emptier laundry baskets and lower water bills to look forward to, thanks to researchers at Clemson University in South Carolina who have discovered how to make fabrics dirt resistant.

They’ve developed a new highly water-repellent coating that is made from a polymer gel which is mixed with silver nano-particles. The result promises to offer superior resistance to dirt, meaning that it needs cleaning much less often.

Treated clothes can be made in any colour because the coating is added after the material has been dyed.

It has been likened, in concept, to a lotus plant, the leaves of which are known to ‘self-clean’ by repelling dirt and water. When water does come along, any dirt present is carried away much more easily. In the same way, dirt can simply be sprayed or wiped from clothes made with the new coating, which, unlike conventional water-repellent coatings, is permanently bonded to the fabric so it can’t wash off.

The team is now working on a way to engineer antimicrobial particles into the coating, which would nullify body odours (so a wearer would presumably not need to wash either!) and could also help to neutralise other nasty niffs, including the smell of cigarette smoke.


So watch this space – we wait to see what might happen.