Home » Technology » The Humble Wheelbarrow – Wheeling us to success

The Humble Wheelbarrow – Wheeling us to success 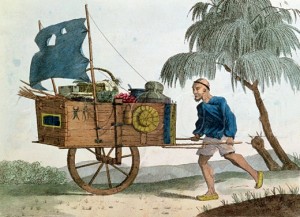 Europeans have been using the wheelbarrow for about eight hundred years. But the Chinese invented it at least ten centuries before that. The Ancient Chinese even gave their wheelbarrows names such as “Wooden Ox” and “Gliding Horse”.

“In the time taken by a man (with a similar burden) to go six feet, the Wooden Ox would go twenty feet”, wrote an admiring historian in AD 430. ‘It could carry the food supply (of one man) for a whole year, and yet after twenty miles the porter would not feel tired’

The famous Chinese general Chuko Liang developed wheelbarrows two hundred years before this historian was writing, to help carry supplies for his army. But, very recently, pictures have been discovered on ancient tombs, and bricks, of even earlier wheel-barrows. So it is possible that they were possibly invented in the first century AD. No one knows for sure. One thing is for sure not even the Romans had wheelbarrows, their builders had to make do with more cumbersome hand carts.

No one knows how people in Europe found out about the wheelbarrow – or, for that matter, about many other Chinese inventions. It is likely, however, that the idea came overland across the steppes, along with the many nomadic tribes who eventually invaded Europe. Or perhaps traders using the famous silk-route to the great city of Constantinople, on the eastern edge of the Mediterranean, talked about things seen in far-off China.

Imitation : The Sincerest Form of Flattery

The wheelbarrow in China has the wheel in the middle

It is probable that someone who heard the talk worked out his own version, because the wheelbarrow used in Europe is a different design from the Chinese. It has the wheel out in front, so that the load is supported both by the wheel and the man pushing it. The wheelbarrow in China has the wheel in the middle, right under the load, and the pusher only has to steer and balance it.

What is certain is that some time in the 12th or 13th century, workmen building the great castles and cathedrals of Europe had, to their great relief, a new, simple device to help them. One man with a wheel-barrow could carry the same load as two men and much more easily and quickly. The wheel took the place of a man.

Not Just for Builders

There were even wheelbarrows in China fitted with sails

In China the wheelbarrow was used to transport people as well as loads, as it still does to this day. Up to 6 passengers could fit on one big version, pulled by a mule or donkey and guided from behind by a driver. On another type, the traveller sat one side of the large wheel and his luggage balanced him on the other. Early European visitors were very impressed.

‘The sight of this wheelbarrow thus loaded was entirely new to me’ wrote a Dutch visitor. ‘I even think that in many cases such a barrow would be found much superior to ours

There were even wheelbarrows in China fitted with sails, like a junk, so that the wind could help to push them. 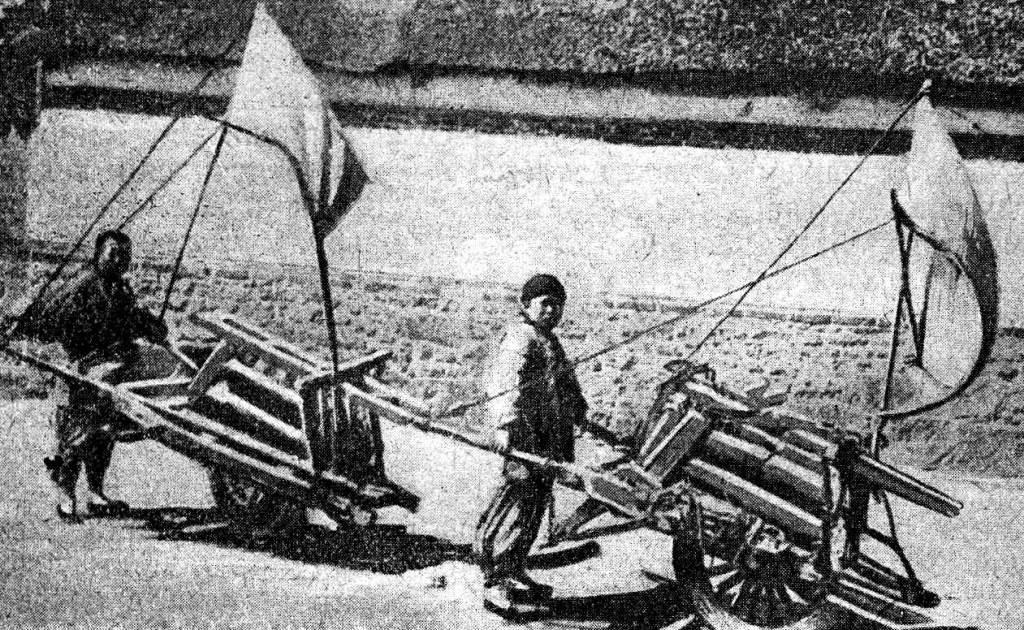