Home » General Interest » What is a Planet? ; How should a Planet be Defined?

What is a Planet? ; How should a Planet be Defined?

A Shocking State of Affairs 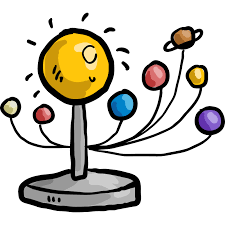 Science is supposed to be precise in its definitions, proofs and theorems. Its something today that we just expect so it may come as something of a shock that the definition of one of the most fundamental of celestial bodies, a planet, wasn’t actually defined until 2006 !

The term planet was first coined by the ancient Greeks, with the term asteres planetai or “wandering stars”, for star-like objects which apparently “moved over the sky”. Due to the lack of any formal definition this term came to include within its scope a wide range of celestial bodies so that over the millennia, the term has at some point included objects, from the Sun, the Moon , satellites and even asteroids. By the end of the 19th century (with planet still undefined) it had become a working term applied only to a small set of objects in the Solar System. Basically celestial the bodies that we would be familiar with today.


Forced Into Defining a Planet

After the discovery of Pluto in 1930, our solar system was said to comprise 9 planets, a fact that could be rather nattily remembered with the neat mnemonic…


However, a mini-crisis came about during the 1990s and 2000s when a number of other astronomical objects similar in size to Pluto – which was by then understood to be a member of a diffuse collection of objects called the Kuiper belt– were discovered. This then led to a fierce debate regarding what exactly constituted a planet.


To resolve the issue, the International Astronomical Union (IAU) produced the following definition in August 2006 when they came up with 3 conditions for an object in the Solar System to be considered a planet: :

A planet is a celestial body that :

Pluto fails to satisfy the final condition and was subsequently downgradedbas a result (it, and similar objects, are now known as plutoids).

So, our solar system now contains only eight planets and a new mnemonic was born: