2-REG or Not 2-REG – Guernseys Own Aircraft Registry 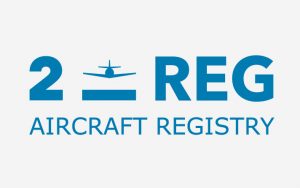 In April 2019 a remarkable Guernsey milestone was reached. That month saw the 500th aircraft registered in the States of Guernsey’s own prestigious “2-REG” aircraft registry.

The prefix for the Guernsey registration mark is “2” , hence the registry is normally referred to as “2REG”. Small aircraft, helicopters and larger commercial aircraft can all be registered on 2REG.

The Registry opened for business in December 2013, starting with 4 locally based private aircraft. Since then it has grown and grown to the point where the first A380 aircraft flown by Singapore Airlines now has a 2REG registration mark!

The 2- registration has continued to be a selling point for attracting new aircraft, due to the various personalised aircraft “number plate” permutations that can be made such as 2-HIGH, 2-CHEZ, 2-MATO etc etc.

The registry is unique in that it is a public- private partnership between the States of Guernsey and SGI (Guernsey) Ltd, a local subsidiary of the Dutch based company “SGI Aviation”.

This means that the States of Guernsey has been able to contract out the administration of the registry to a local company, employing full time staff on the Island specialising in flight operations and airworthiness who, in turn, are also able to call upon the expertise and back office support of the global aviation services company behind them. The Dutch parent company provides access to a pool of many engineering surveyors located around the world needed for aircraft inspections.

Why Use the Guernsey Registry ?

Guernsey is one of a number of smaller jurisdictions, in addition to the larger countries around the world, that offer aircraft registration services. So why is the registry here in the Bailiwick of Guernsey so successful?

Although most of the aircraft on the 2-REG have never been to Guernsey, the registration process provides a good income to the Island.

So, if you’re travelling abroad and you see an aircraft with a “2-” registry, usually situated near the tail fin, you can be proud to know that it’s registered here in little ol’ Guernsey !