It can often seem that history books are packed with marauding royals, dishonest politicians, warring nations and murderous plots. However, history is also full of examples of kind and good gestures. In this article we look at 4 acts of kindness and bravery that have changed history forever. 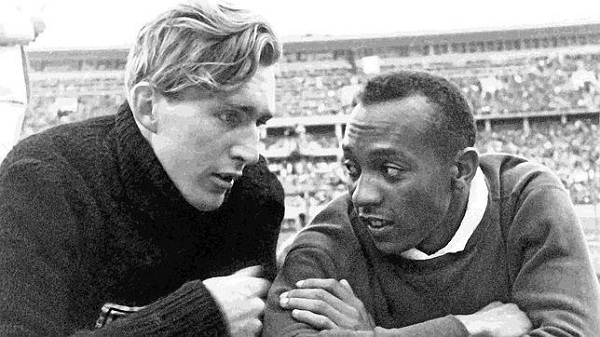 It’s often claimed that Jesse Owens, American four-time gold medallist at the 1936 Berlin Olympics, was deliberately snubbed by Adolf Hitler, who refused to shake his hand. Though Albert Speer, Germany’s war armaments minister, recalled that Hitler was “highly annoyed” by Owens’s series of victories, in fact Hitler had chosen to shake hands only with German competitors and only on the first day of the Olympics – and had not deliberately refused Owens’s hand.

However, Owens perhaps would never even have won one of his gold medals if it wasn’t for an act of kindness from a fellow athlete, German long-jumper Carl Ludwig ‘Luz’ Long.

On 4 August 1936, in a qualifying round of the long jump, the world record holder Owens had already foot-faulted twice in his bid to compete in the event’s final. Long, the European record holder, offered Owens advice on how to adjust his run-up to make the qualifying distance. Long suggested that, as the qualifying distance was only 7.15m and that Owens could jump more than 8m, Owens should shift his mark back to ensure that he took off well short of the board and remained clear of another foul.

Owens’s next jump was a success and he went on to win the gold medal with a jump of 8.06m, with Long earning silver.

Owens later wrote of the 1936 Olympics :

“What I remember most was the friendship I struck up with Luz Long. He was my strongest rival, yet it was he who advised me to adjust my run-up in the qualifying round and thereby helped me to win.”

Owens’s long jump world record stood for 25 years and his performance during the games is widely regarded as a blow to Adolf Hitler’s intention to use the Olympics to demonstrate Aryan superiority.

Act 2 : The Protection of Oskar Schindler 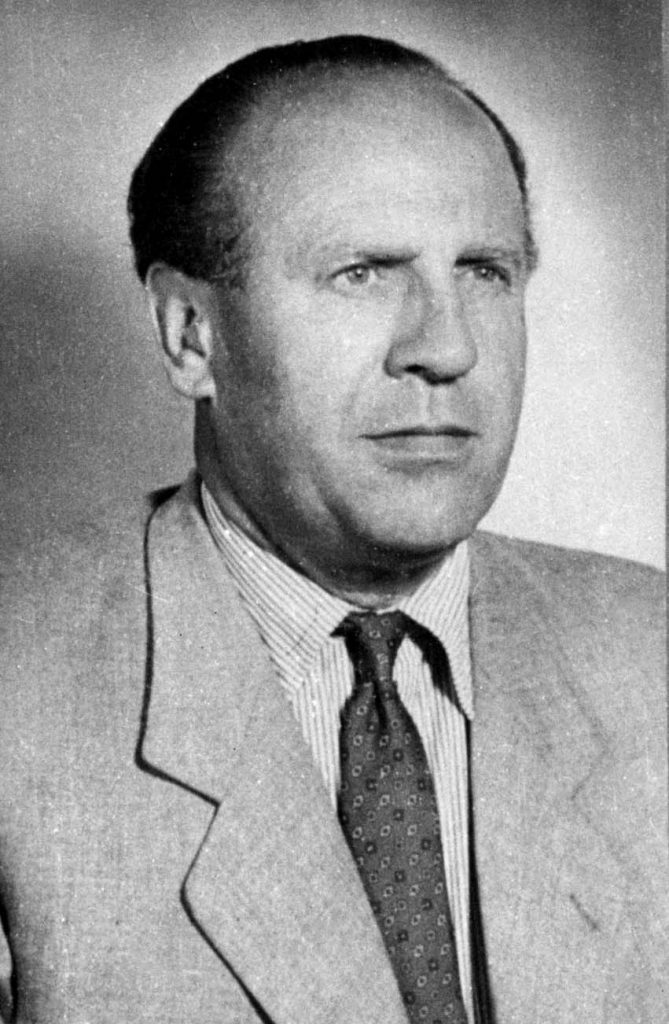 Although a far more complex character than director Steven Spielberg made him out to be, Oskar Schindler’s choice to be kind to 1,200 Jews during the Holocaust still resonates throughout the world today.

At his factory, Schindler employed Jewish workers from the nearby Krakow ghetto—a Jewish ghetto created by the Nazis, from which they exploited Jews for forced labor. But while these Jews were basically slaves in Schindler’s enamelware factory, he went to great lengths to ensure they were protected.

Schindler repeatedly bribed SS officers to not deport his workers to extermination camps, adding an armaments manufacturing division to his factory so that he could claim his Jewish workers essential to the war effort.

When Krakow was liquidated, and many of its Jewish inhabitants sent to their deaths, Schindler let his workers stay safe within the walls of his factory overnight so that they would not be taken.

Later, Schindler convinced the SS to convert his factory into a branch of Plaszow concentration camp, and brought in Jews from other camps as well, protecting them from the brutality of the Nazis at great personal risk, even going so far as to falsify armament production numbers so as to continue safeguarding his Jewish workers, only shutting down operations the day that the Soviets liberated the local concentration camps.

Schindler’s act of kindness saved the lives of over a thousand people, earning him three arrests by the Nazis during his clandestine activities—none of which stuck. Although he died without fanfare or much recognition, he has since been recognized with many awards, and was subsequently reburied in Israel, where he is honored for his extraordinary deeds during the Holocaust.

Act 3 : The Courage of Desmond Doss 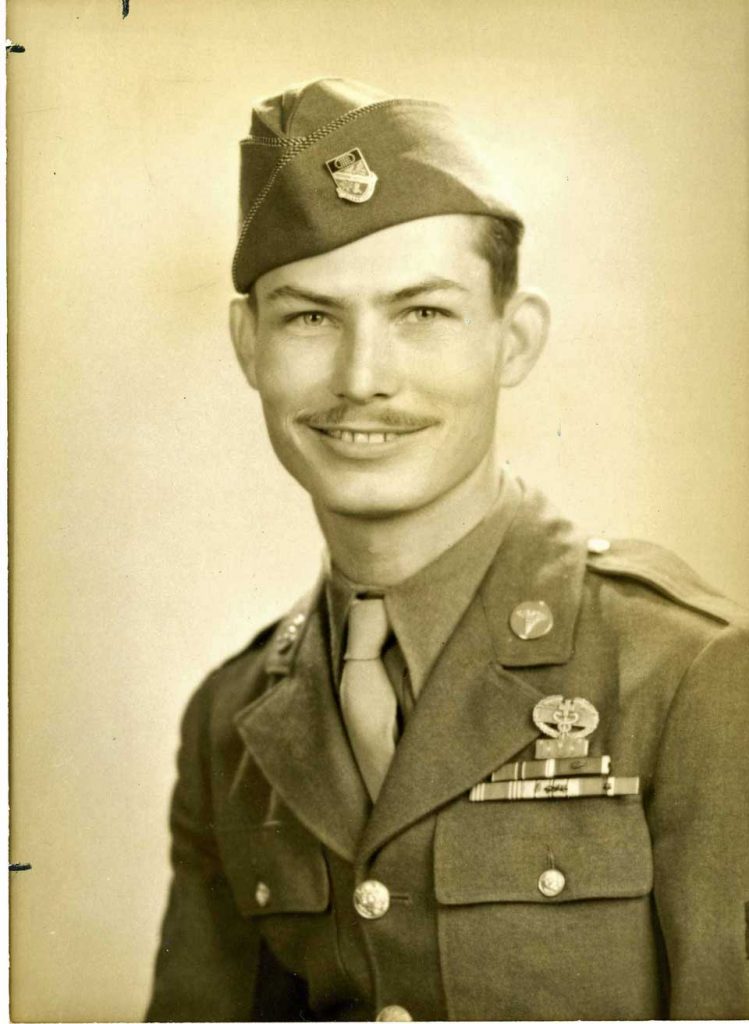 Desmond Doss, Army combat medic, and subject of the 2016 film, “Hacksaw Ridge,” provides us with one of the greatest examples of kindness of the century.

Doss was a paradox—a conscientious objector who purposefully enlisted in the Army—who wanted to go to war without hurting a single soul.

Despite protestations and abuse from military leaders and peers, Doss refused to touch a gun or hurt an enemy—he only wanted to heal and help others as a combat medic.

The Army, after a period of consideration, allowed Doss to go into combat. It was a good decision.

Doss went on to become a legendary World War II hero when he saved the lives of 75 wounded infantrymen during the Battle of Okinawa, despite being wounded 4 times.

Unarmed, Doss climbed a 400 foot escarpment, along with the rest of his battalion, only to be met with a hail of mortar rounds and gunfire which injured approximately 75 soldiers.

Doss refused to seek cover, and carried all 75 casualties, one by one, to the edge of the escarpment, lowering them down to safety via a rope-supported litter.

He didn’t stop there. Even after wounded and placed on a litter, Doss crawled off the litter to attend to a more seriously injured man.

The selflessness of Desmond Doss serves as an example of the bravest sort of kindness—that which puts us at great risk.

His actions certainly paid off, though—dozens of men went home after the war that might not have, otherwise.

Act 4 : The Sacrifice of the Elderly Fukushima Volunteers

Sometimes, the acts of kindness that change the world are ones that demand the ultimate sacrifice from us.

In 2011, a group of more than 200 elderly Japanese volunteered to help take care of the nuclear crisis at the ruined Fukushima nuclear power plant.

The Skilled Veterans Corps, as they named themselves, was comprised of retired engineers and professionals over the age of 60. They believed that they should be the ones to face the dangers of radiation, not the young, who might have their years cut short by the invisible, deadly fallout.

“I am 72, and on average I probably have 13 to 15 years left to live,” said one volunteer of his service. “Even if I were exposed to radiation, cancer could take 20 or 30 years or longer to develop. Therefore us older ones have less chance of getting cancer.“

To step forward as these volunteers did, in order to protect the lives of the young, is one of the most touching acts of kindness a human being can make.

Their example of kindness changed the world by setting the bar for self-sacrifice. Few, in any country, would be willing to lay aside their lives for the next generation, but these volunteers showed a willingness that leaves the world a legacy of kindness.