Home » Trivia » 5 Inventions Brought about by World War I

5 Inventions Brought about by World War I

In Italy, for 30 years under the Borgias, they had warfare, terror, murder & bloodshed – they produced Michelangelo, Leonardo Da Vinci & the Renaissance. In Switzerland, they had brotherly love & 500 years of democracy & peace, & what did they produce? The cuckoo clock!
Orson Welles in Citizen Kane

In wartime nations are often galvanised into frenzied action to innovate and invent in order to try to gain the upper hand in their struggle for survival. World War I was no exception, with nations locked in bloody stalemate goverments were desperate to break the deadlock by any means possible. However in this article we look at some of the seemingly more trivial and rather unexpected things that were invented or developed as a result of the war.

We should thank Harry Brearley of Sheffield for steel which doesn’t rust or corrode. As the city’s archives put it:

In 1913, Harry Brearley of Sheffield developed what is widely regarded as the first ‘rustless’ or stainless steel – a product that revolutionised the metallurgy industry and became a major component of the modern world.

The British military was trying to find a better metal for guns. The problem was that barrels of guns were distorted over repeated firing by the friction and heat of bullets. Brearley, a metallurgist at a Sheffield firm, was asked to find harder alloys. 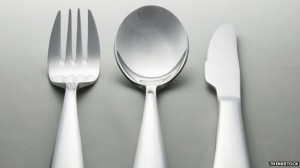 He examined the addition of chromium to steel, and legend has it that he threw away some of the results of his experiments as failures. They went literally on to the scrap heap – but Brearley noticed later that these discarded samples in the yard had not rusted.

He had discovered the secret of stainless steel. In WW1 it was used in some of the new-fangled aero-engines – but it really came into its own as knives and forks and spoons and the innumerable medical instruments on which hospitals depend. 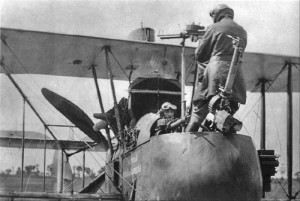 Before World War One, pilots had no way of talking to each other and to people on the ground.

At the start of the war, armies relied on cables to communicate, but these were often cut by artillery or tanks. Germans also found ways of tapping into British cable communications. Other means of communication such as runners, flags, pigeons, lamps and dispatch riders were used but were found inadequate. Aviators relied on gestures and shouting. Something had to be done. Wireless was the answer.

Radio technology was available but had to be developed, and this happened during WW1 at Brooklands and later at Biggin Hill, according to Keith Thrower a specialist in this area of historical research.

By the end of 1916, the decisive steps forward had been made. “Earlier attempts to fit radio telephones in aircraft had been hampered by the high background noise from the aircraft’s engine,” writers Thrower in British Radio Valves: The Vintage Years – 1904-1925. “This problem was alleviated by the design of a helmet with built-in microphone and earphones to block much of the noise.” 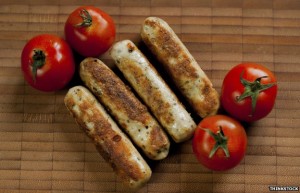 During WW1, Adenauer was mayor of Cologne and as the British blockade of Germany began to bite, starvation set in badly in the city. Adenauer had an ingenious mind – an inventive mind – and researched ways of substituting available materials for scarce items, such as meat.

His began by using a mixture of rice-flour, barley and Romanian corn-flour to make bread, instead of using wheat. It all seemed to work until Romania entered the war and the supply of the corn flour dried up.

From this experimental bread, he turned to the search for a new sausage and came up with soy as the meatless ingredient. It was dubbed the Friedenswurst or “peace sausage”. Adenauer applied for a patent with the Imperial Patent Office in Germany but was denied one. Apparently, it was contrary to German regulations about the proper content of a sausage – if it didn’t contain meat it couldn’t be a sausage.

Oddly, he had better luck with Britain, Germany’s enemy at the time. King George V granted the soy sausage a patent on 26 June 1918.

The idea of putting the clocks forward in spring and back in autumn was not new when WW1 broke out. Benjamin Franklin had suggested it in a letter to The Journal of Paris in 1784. Candles were wasted in the evenings of summer because the sun set before human beings went to bed, he said, and sunshine was wasted at the beginning of the day because the sun rose while they still slept.

Similar proposals were made in New Zealand in 1895 and in the UK in 1909, but without concrete results.

It was WW1 that secured the change. Faced with acute shortages of coal, the German authorities decreed that on 30 April 1916, the clocks should move forward from 23:00 to midnight, so giving an extra hour of daylight in the evenings. What started in Germany as a means to save coal for heating and light quickly spread to other countries.

Britain began three weeks later on 21 May 1916. Other European countries followed. On 19 March 1918, the US Congress established several time zones and made daylight saving time official from 31 March for the remainder of WW1.

Once the war was over, Daylight Saving Time was abandoned – but the idea had been planted and it eventually returned.

The tea bag was not invented to solve some wartime problem. By common consent, it was an American tea merchant who, in 1908, started sending tea in small bags to his customers. They, whether by accident or design, dropped the bags in water and the rest is history (see our article on Origins of the Tea Bag).

However a German company, Teekanne, did copy the idea in the war, and developed it, supplying troops with tea in similar cotton bags. They called them “tea bombs”.