The chief ONS-5 adversary was the Type VII U-boat

On April 28th 1943 Atlantic convoy ONS 5 made ‘contact’ with the German U-boat wolf packs. They were waiting to intercept the vital Allied convoys of war materials & men flowing from the U.S. to Britain. On that day there started one of the most important WW2 battles you’ve probably never heard of.


The Battle of the Atlantic turns in favour of the Allies

ONS 5 was the 5th of the numbered ONS series of Slow trade convoys outward bound from Britain to North America. The North Atlantic battle surrounding it in April & May 1943 is regarded as the turning point of the battle of the Atlantic. The battle ebbed and flowed over a period of a week, and involved more than 50 Allied ships and their escorts, and over 30 U-boats. It saw heavy losses on both sides. However it was almost the last Allied convoy to do so, while losses inflicted on attacking U-boats and U-boat groups became an increasing feature of the campaign; As such it is seen as the point when the tactical and strategic advantage passed to the Allies, and ushered in the period known to the German Navy as Black May. 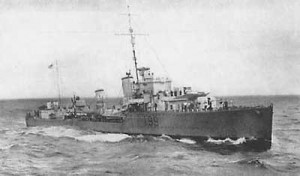 The battle was not a forgone conclusion. Also at its peak was the then ongoing intelligence war. Both sides have succeeded in breaking into each other secret codes : the Allied ‘ULTRA’ code breakers were in general more quicker to decrypt Germans messages and are able to route convoys around u-boat packs, much to the frustration of the Germans.

On 25 April however, there was a ‘black-out’ in the British code breaking, when the Germans unexpectedly change their codes. The next day the U-boat patrol line was formed to catch an expected westbound Convoy (ONS-5 as it happened). This movement was not detected in time in order to reroute ONS-5. The convoy was sailing into a trap. Allied intelligence services were unable to decrypt message traffic until the afternoon of 5 May, by which time the battle was raging and in its closing stages. 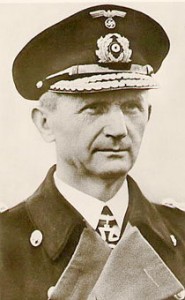 At the U-boat headquarters, Admiral Donitz was personally leading the battle. Smelling a possible big victory after 6 weeks of disappointing results, he continuously pressed his U-boat commanders to press home an attack, whenever an occasion occurs. However the British escorts after years of experience along with technical improvements in Sonar & Radar were now operating so effectively during night battles that submerged daylight attacks actually now seemed more promising to the Germans. The battle raged, ebbing and flowing in almost continual attacks over a period of a week.

The convoy lost 12 ships, as it turned out, the last time that a convoy would lose such a major number of ships. For these 12 ships, the Germans lost 6 U-boats in the battle, to which could be added two others damaged & sunk by Allied Aircraft (U-710 and U-209). Another 7 boats had to abort due to severe battle damage.

It is little wonder then that this convoy battle is often seen as the turning point in the battle for the Atlantic. In fact, in the 3 weeks following this disaster, the Germans were unable to mount an attack on any other convoy but continued to suffer severe losses. This would prompt Donitz to recognize his defeat and on 23 May he halted all convoy operations and recalled his boats from the North Atlantic convoy routes.