Home » General Interest » Can Sneezing Pop Your Eyeballs Out ?

Can Sneezing Pop Your Eyeballs Out ?

More often than not, it comes from out of the blue. With only a second’s notice to brace yourself … achoo! Instinctively you close you’re eyes and the sneeze issues forth at speed.

It’s such a forceful reaction one has to wonder :

What is a Sneeze ?

Sneezing is a simple defense mechanism your body deploys, much like snot. to protect itself from harmful particles, bacteria, or viruses that may enter your nasal passages. With a forceful blast of air from the lungs, your body is attempting to eject these foreign invaders.


Anatomy of a Sneeze


So How Powerful is it?

These gargantuan gusts of wind travel around 30 to 40 mph on average!


Could it Pop Your Eye Balls Out?

But don’t worry, this isn’t powerful enough to stop your heart, or pop an eyeball out of its socket. as some myths suggest.

the action of closing your eyelids during a sneeze has little to do with securing them in place and more to do with a reflex.

Though the contraction of muscles in your chest does temporarily constrict your blood flow, your heart doesn’t stop beating.

Similarly, the action of closing your eyelids during a sneeze has little to do with securing them in place and more to do with a reflex. Since the nerve network being stimulated also controls the eyelids, you naturally close them.


So although a sneeze can sometimes feel like a spontaneous and unintentional full-body workout. it’s just your body’s way of cleansing your nose the best way it knows. (pun intended😉 ) 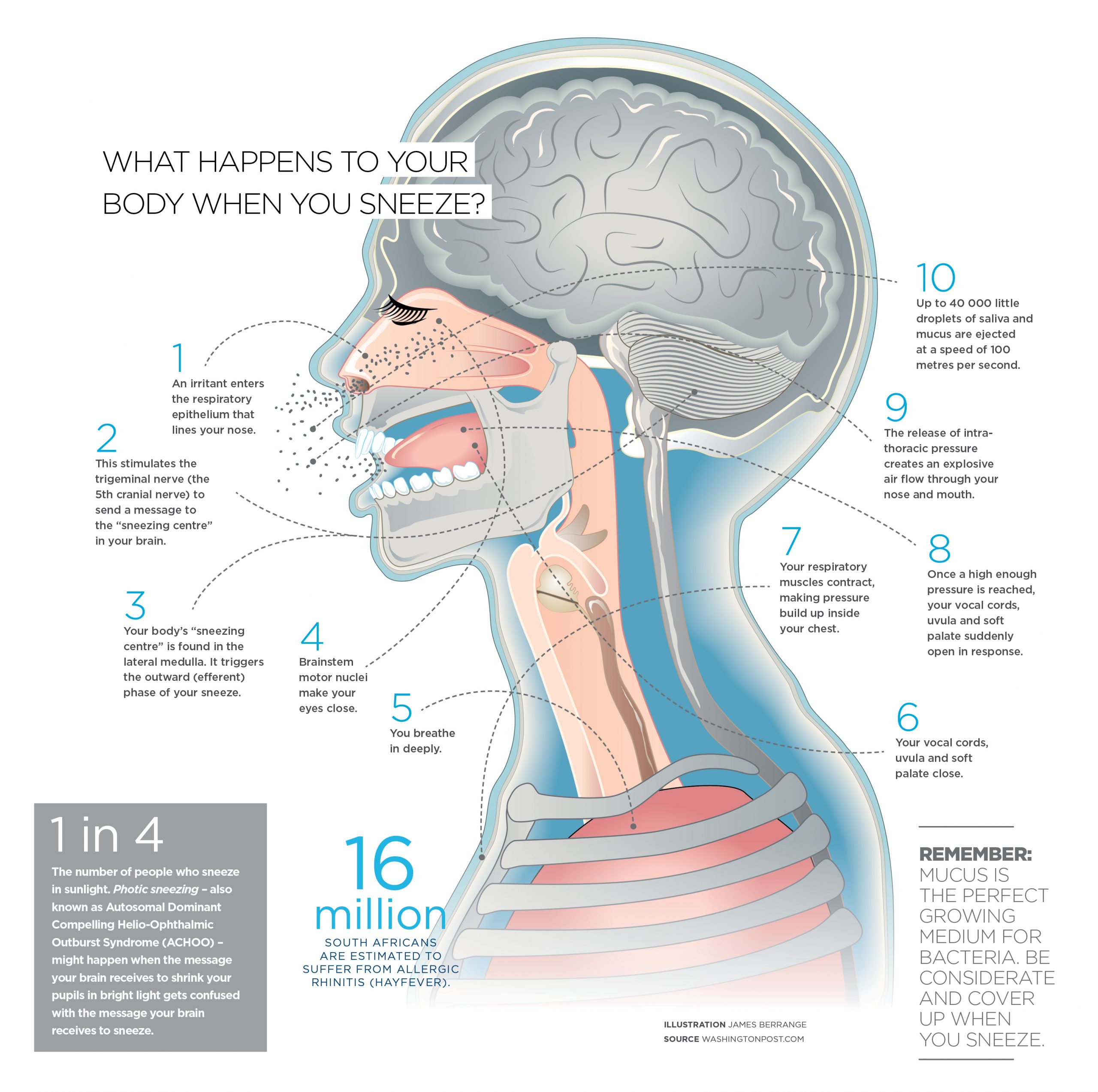