Whilst the RGLI can be considered Guernsey’s ‘official’ response to the war it wasn’t the islands only one.

The challenges thrown up by the Great War were enormous, but the island’s population rose to meet them in a myriad of ways. In 1914, as it became apparent that the war would not ‘be over by Christmas’, almost everyone did what they could to make a difference – large or small.

One such contribution was the creation of a number of hospital facilities right here on the island for soldiers who were returning sick or wounded from the trenches. 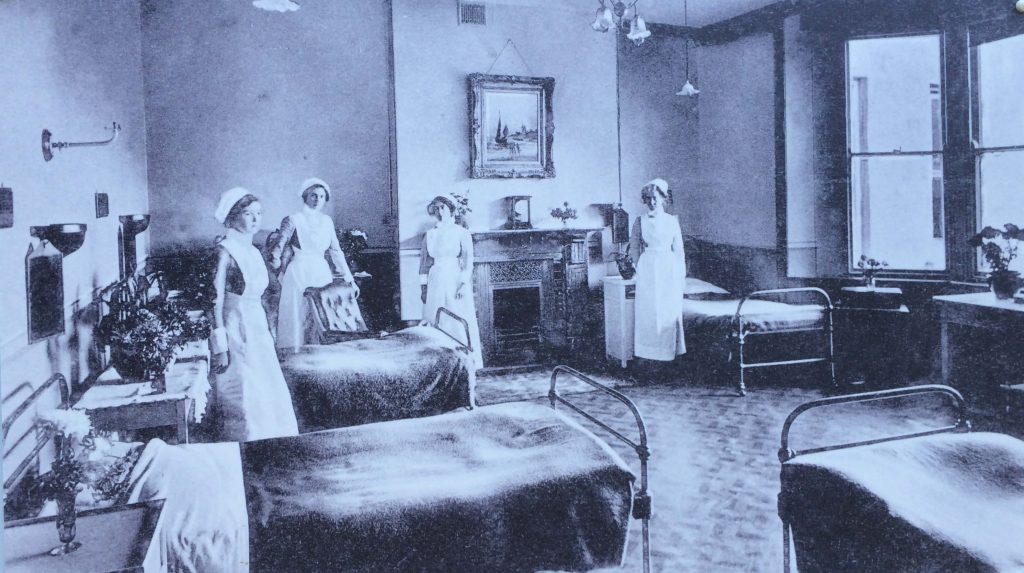 The Victoria Cottage Hospital, Amherst in St .Peter Port, was actually established in 1888 to provide a nursing establishment for the ‘respectable poor’. Funded mainly by subscriptions and donations, the hospital opened with only 4 beds, but over the next 20 years it flourished and by 1914 was treating over 200 patients a year.

Under the supervision of Dr. Robinson, Special Surgeon to the forces, several hundred army personnel were treated in 1917 and 1918.

A Convalescent Hospital was created in Catel at Les Touillets and run by a local woman, Miss Lainé as Matron. Les Touillets was a manor house with extensive grounds, ideal for convalescing men to relax and recuperate.

Due to the sheer number of men returning to the island more facilities were soon needed. Accordingly a hospital was created in one of the wooden barrack buildings at the Royal Guernsey Militia Camp at Les Beaucamps. There was also a private house at L’Ancresse where officers could recuperate.

The hospitals were run by members of the Royal Army Medical Corps, trained medical staff and volunteers. The Red Cross and St. John Ambulance Brigade both provided volunteer nurses.

Soldiers in the hospitals were encouraged to socialise with one another and card games were a popular pastime. The men could take part in various sports from croquet to football. Hospital staff arranged picnics and outings. Concerts and plays were organised for the men to attend and participate in. 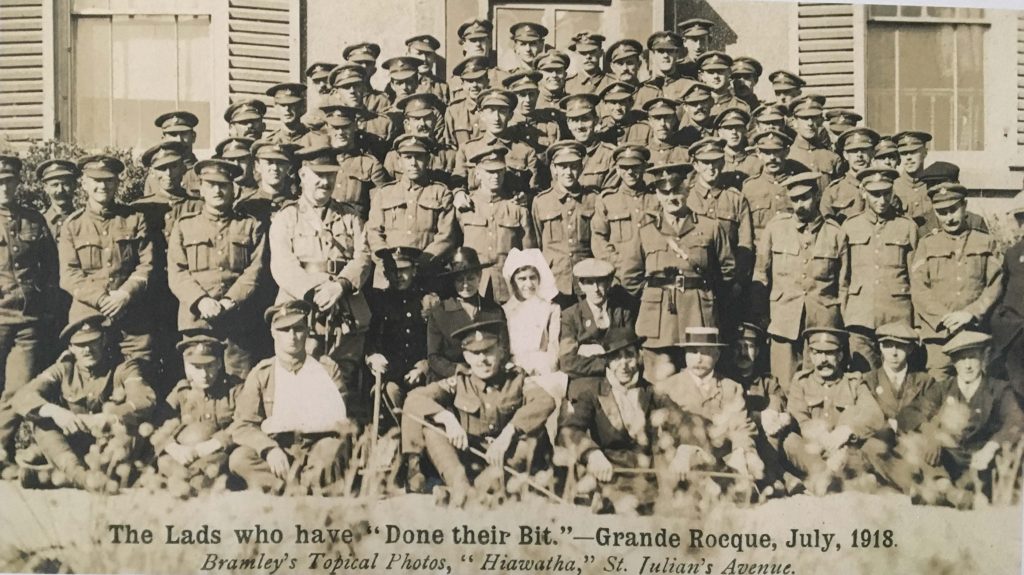 The Convalescent Hospitals provided an environment far removed from the hell of the trenches where many soldiers had suffered as much from mental stress as physical injury. For many, just having peace and quiet, a clean bed and warm meals was a godsend.

The soldiers were encouraged to take up arts and crafts and they often embroidered their regimental emblem or cap badge onto items such as pillowcases. The task focused the mind and required significant concentration as well as manual dexterity. Most of all it gave the men a complete break from the horrors of war.