In this article we’ve brought together an inventory of the incompetent, a record of the ridiculous, a catalogue of catastrophes and cock-ups from all over the globe … enjoy. 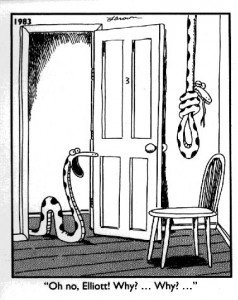 Intent on suicide, Frenchman Jacques Lefevre drove a stake into the ground on the top of a cliff overlooking the sea, then tied one end of a rope around the stake and the other around his neck. Being nothing if not thorough Lefevre then drank a bottle of poison, set his clothes on fire, lowered himself over the cliff, and tried to shoot himself in the head. Unfortunately he missed, the bullet cut the rope in two, dropping the hapless gentleman into the sea, where the salt water put out his flaming clothes and caused him to spew up the poison. A passing fisherman picked Lefevre up and delivered him to a nearby hospital, where at last the weary Frenchman got his wish – and died from the effects of exposure.

The chef at a hotel in Switzerland lost a finger in a meat-cutting machine and, after a little peremptory hopping around, sub-mitted a claim to his insurance company. The company, suspecting negligence, sent one of its men to have a look for himself. He tried the machine out – and lost a finger. The chefs claim was approved.

THE GRASS IS ALWAYS GREENER

Surprised while burgling a house in Antwerp, Belgium, a thief fled out the back door, clambered over a nine-foot wall, dropped down the other side, and found himself in the city prison.

WHOSE SIDE ARE YOU ON?

While searching for Confederate raiders near Lawrenceburg, Indiana, during the Civil War, a regiment of Union militiamen galloped around a hill, spotted some soldiers riding away from them at speed, and opened fire. Five men were killed and seventeen wounded before the attacking soldiers realized they were firing on the rear of their own regiment.


Janos Zeklos, a professional soccer player in Rumania, decided to hang up his cleats in 1979 after accidentally scoring against his own team for the twenty-third time in his career.

HE’S GOT A POINT

Aman in Cleveland admitted to police that he had shot and killed his wife on his day off, but refused to answer any other questions on the grounds that what he did on his day off was his own business.

PLENTY OF BREAD. BUT NO DOUGH

In 1977, six armed men burst into a high-value cargo strongroom at Heathrow Airport, tied up three nightwatchmen and escaped with a packet of sandwiches.

LET’S DO THIS AGAIN SOMETIME 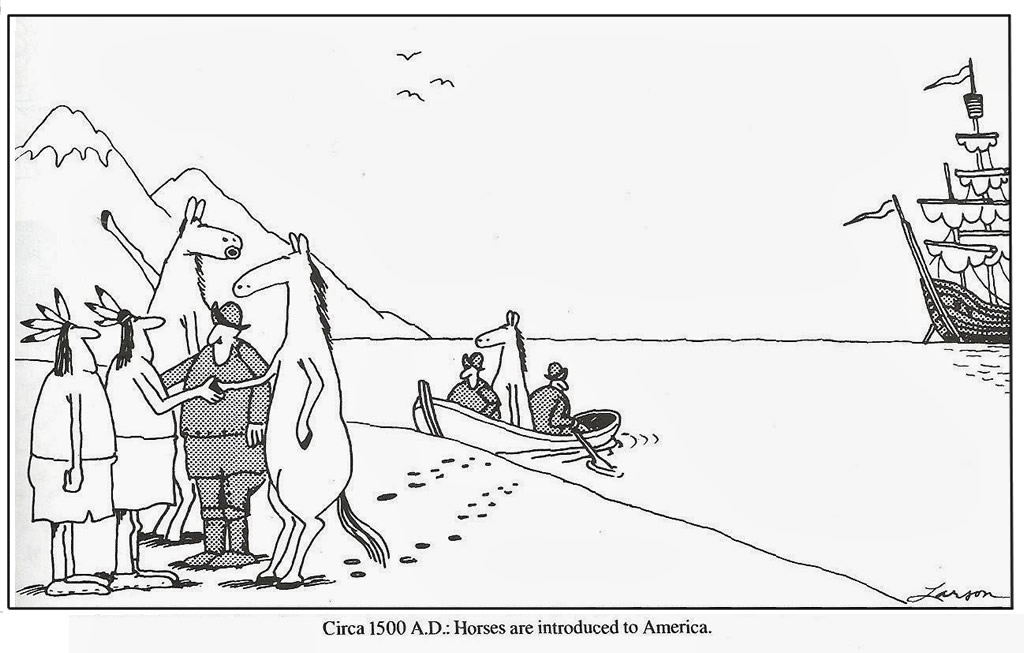 While motorcycling through the Hungarian countryside, Cristo Falatti came up to a railway line just as the crossing gates were coming down. While he sat idling, he was joined by a farmer with a goat, which the farmer tethered to the crossing gate. A few moments later a horse and cart drew up behind Falatti, followed in short order by a man in a sports car. When the train roared through the crossing, the horse started and bit Falatti on the arm. Not a man to be trifled with, Falatti responded by punching the horse in the head. In consequence the horse’s owner jumped down from his cart and began scuffling with the motorcyclist. The horse, which was not up to this sort of excitement, backed away briskly, smashing the cart into the sports car. At this, the sports-car-driver leaped out of his car and joined in the fray. The farmer came forward to try to pacify the three flailing men. As he did so, the crossing gates rose and his goat was strangled. At last report the insurance companies were still trying to sort out the claims.

LOOK BEFORE YOU LEAP

Mourners at the funeral of Anna Bochinsky in Moinesti, Rumania, were naturally somewhat taken aback when she abruptly leaped from her coffin as it was being carried to the grave. Before they could react to this unexpected outburst, the woman bounded into the nearest road, where she was run over and killed by a passing car.

IS IT SOUP YET? 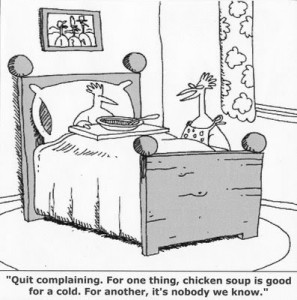 Just after the Second World War, there lived in the village of Hechingen, Germany, a family named Wallishauser. Chronically short of food the members of the family eagerly awaited the food parcels sent to them by relatives in America. In one of these parcels Frau Wallishauser found a can filled with an odourless grey powder, which she took to be instant soup. She added a little semolina to give it body and all the Wallishausers agreed it was the best soup they had had since before the war. The next day the family received a letter from the relatives in America saying that they had included in the last parcel a small can filled with the ashes of their late grandmother, whose dying wish it had been to have her remains buried in German soil.