Home » General Interest » So Why do the British Traditionally Eat Turkey at Christmas ?

So Why do the British Traditionally Eat Turkey at Christmas ?

Christmas is probably the time of year when there is an overwhelming plethora of traditions and practices that we all enthusiastically embrace. We often do so without really thinking about why or where the tradition may have come from. In this article we look at one of the most enduring of British traditions … the Christmas Turkey.


Meat has always featured at the centre of traditional Christmas feasts, although it is has not always been in the form of turkey. Popular meats used for early celebratory purposes were beef, mutton, pork, peacocks and swans. 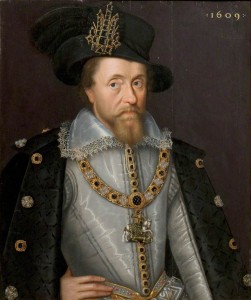 In respect of the ‘modern’ Turkey tradition though, it’s King James I of England (1566-1625) who can be thanked for the emergence of turkey as he introduced it during the seventeenth century for the important reason that it was far kinder to his delicate digestive system! Of course not everyone could afford it, and the poor still had to make do with goose.

It’s popular take up was also no doubt due to the fact in Victorian times when people had larger families, a goose wasn’t big enough. So they started using a turkey instead.


Interesting Turkey Factoids :
Turkeys originated from Mexico not Turkey.
The first meal eaten on the moon by Neil Armstrong and Buzz Aldrin was cold roast turkey.
It was a mistake that gave Turkey (the Bird) the same name as Turkey (the Nation). Check out our article The Curious Case of the 2 Turkeys