The History of Shrove Tuesday 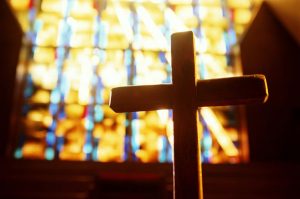 Modern Britain is a very secular society but there are many traditions that people still partake in that have a very religious significance without people really realising. Take for example ‘Shrove Tuesday’ – what exactly is the “shroving” bit about and why the obsession with pancakes on that day ?

It comes from the word ‘shrive’, which means to give absolution after hearing confession. So Shrove Tuesday is the day when people went to confession to prepare themselves for Lent, which begins on the following day, Ash Wednesday.

So “what is Lent?” you may ask. Lent is the Christian season of preparation before Easter, the date of Jesus’ death. The purpose is to set aside time for reflection on Jesus Christ—his suffering and his sacrifice, his life, death, burial, and resurrection.

It was the last chance for a spot of indulgence before 40 days of fasting, and also an opportunity to use up food that couldn’t be eaten during Lent. This included eggs, fat and milk, which were made into pancakes and eaten on that day. The earliest known English recipe dates from the 15th century, although pancakes had been eaten in other countries for centuries before that. In the French-speaking world, the day is known as ‘Mardi Gras’ or ‘Fat Tuesday’.

Are there any other Shrove Tuesday traditions?

Two popular Shrove Tuesday activities, that are mercifully no longer in vogue, were cock-fighting and ‘cock-throwing’. The latter involved tethering a cockerel to a stake and pelting it to death with cudgels. Samuel Pepys describes watching it on Shrove Tuesday 1661 after eating pancakes (which he calls “fritters”), while William Hogarth illustrated it in his First Stage of Cruelty.

So there you have it – a yummy Christian tradition. Although, nowadays rather than fast for lent, many people resolve to give up something to aid their health – a sort of purification – like giving up alcohol or chocolate.