Home » General Interest » The Origin of the Saxophone

The Origin of the Saxophone 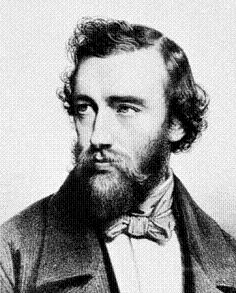 The saxophone was invented by a Belgian, Antoine-Joseph (Adolphe) Sax.

Sax was born on November 6, 1814 in Dinant. His father, Charles was an expert maker of musical instruments. As a child he learned to make instruments in his father’s shop. His father’s passion for creating instruments had such a strong influence on him that by the age of six, Sax had already become an expert as well. He produced some of the finest specimens of flutes, clarinets, and other instruments. He also learned to play the instruments because he had to test them when he made them. During his youth, Adolphe Sax studied the clarinet and the flute at the Brussels Conservatory.

Sax, now a knowledgeable and skilled musician, became aware that there was a tonal disparity between strings and winds, as well as brasses and woodwinds. Sax noticed that the brasses were overpowering the woodwinds, and the winds were overpowering the strings. He saw the need to come up with a new instrument that would create some form of balance between the three sections (brass, woodwinds and strings). The sound that he was seeking would lie between the clarinet’s woodwind sound, and the trumpet’s brass tone. Sax combined the body of a brass instrument and the mouthpiece of a woodwind instrument, and the saxophone was born.

When discussing the history of the saxophone, mention must be made of Hector Berlioz. In 1841 , Adolphe Sax first showed his creation, a C bass saxophone to the great composer Hector Berlioz. Berlioz was impressed by its uniqueness and versatility. Sax moved to Paris in 1842 to make-known his instrument and on June 12, Hector Berlioz published an article in the Paris magazine “Journal des Debats” describing the new instrument. In 1844, the new creation was revealed to the public through the Paris Industrial Exhibition. In that same year, on February 3, Hector Berlioz conducted a concert featuring his choral work arrangement, Chante Sacre. The saxophone was featured in that concert. In December of that year, the opera “Last King of Juda” by George Kastner was conducted at the Paris Conservatory. The saxophone had its orchestral debut in that particular opera.


The battle of the bands

During 1845, French military bands used oboes, bassoons and french horns. That same year, Adolphe replaced these instruments with the B-flat and E-flat saxhorns. The saxophone became an integral part of the French Army band and then all other bands. This was the end result of the famous “battle of the bands”. Sax wanted to prove that the saxophone could improve the tonal quality of all bands. He suggested a contest between an army band consisting of traditional instrumentation and an army band that included saxophones. Sax and his twenty eight member band competed against the French Army’s thirty five member band and Sax’s band won.

In our discussion of the history of the saxophone we’ve mentioned the C bass saxophone. But what were the other saxophones invented by Adolphe Sax? There was an entire family of fourteen saxophones created. They were the E flat sopranino, F sopranino, B flat soprano, C soprano, E flat alto, F alto, B flat tenor, C tenor, E flat baritone, B flat bass, C bass, E flat contrabass, and F contrabass. Each of them differed in pitch and size. Those pitched in F and C were for orchestral use, while those pitched in B-flat and E-flat were for military band use. Many of these saxophones have become obsolete. The five which remain in use today from the largest instrument with the lowest sound to the smallest instrument with the highest sound, are bass, baritone, tenor, alto and soprano saxophone. Adolphe Sax obtained a 15 year patent for his saxophones on June 28, 1846.


Important dates in the history of the saxophone

On February 14, 1847, a saxophone school was created in Paris. The school was set up at a military band school known as Gymnase Musical. In 1858, Adolphe Sax became a professor at the Paris Conservatory.

In the years that followed, the saxophone underwent many additional changes. In 1886, right hand C trill key was introduced and half-hole system for the first fingers of both hands. The saxophone’s single octave key was invented in 1888 and rollers for low Eb and C were added. After Adolphe Sax died in 1894, his son, Adolphe Edouard took over the business. The saxophone continued to undergo changes and became more and more popular. Saxophones formed part of Jazz bands from 1914, and gained greater popularity in the 1920’s. In 1928, the Henri Selmer Company bought the Sax factory.

Today, saxophone music is enjoyed by people all over the world and has become part of almost every style of music. This wonderful instrument is an integral part of Jazz music in particular. Today’s most popular saxophones are the alto and tenor saxophones.