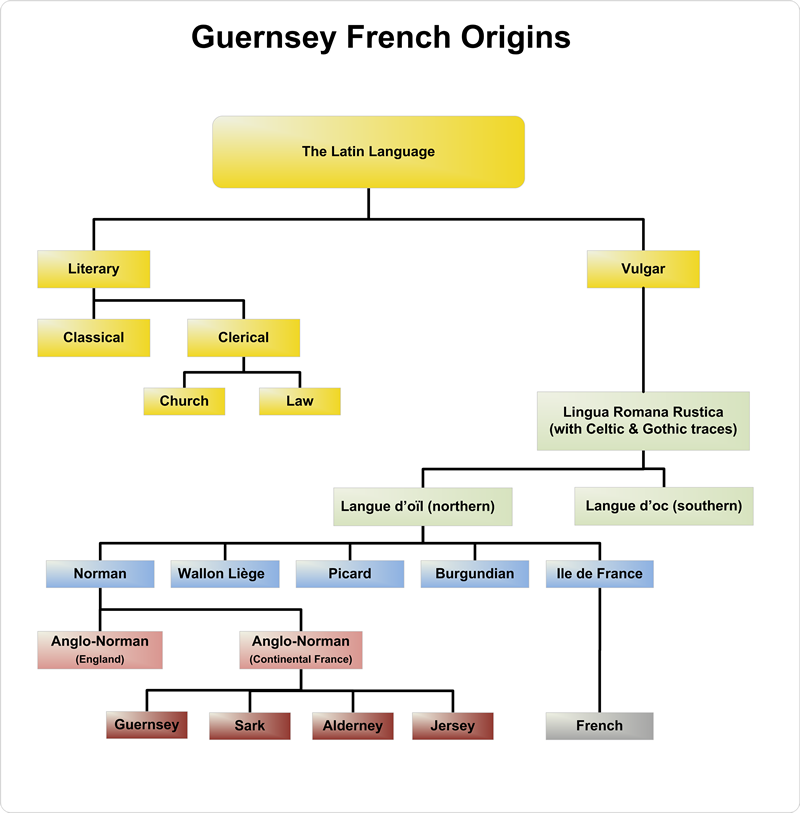 In Guernsey however the local people continued speaking Norman. It gradually changed into a distinct local language and indeed, words and pronunciations used in the north of the island can differ from those in the west of the island. Sark, Alderney and Jersey all developed their own variations of Norman.

Until the late 19th Century Guernesiais had never been written down and was only a spoken dialect used by the country people, many of whom could of course not read or write.

In this article we look at some useful Guernesiais words and phrases, the phonetic pronunciations given here are only approximate.