Home » General Interest » What’s the Origin of the Term OK ?

What’s the Origin of the Term OK ?

But where did it come from?


First though we need to quash were it DIDN’T COME FROM.

There are a plethora of stories about the supposed origin of “OK”, such as, it comes …


None of these are correct!

According to Allan Metcalf, the author of “OK: The Improbable Story of America’s Greatest Word” it was “born as a lame joke perpetrated by a newspaper editor in 1839.“

It All Started With a Joke

On Saturday, March 23, 1839, the editor of the Boston Morning Post published a humorous article about a satirical organization called the “Anti-Bell Ringing Society ” in which he wrote:

The “Chairman of the Committee on Charity Lecture Bells,” is one of the deputation, and perhaps if he should return to Boston, via Providence, he of the Journal, and his train-band, would have his “contribution box,” et ceteras, o.k.—all correct—and cause the corks to fly, like sparks, upward.

It wasn’t as strange as it might seem for the author to coin OK as an abbreviation for “all correct.” There was a fashion then for playful abbreviations like i.s.b.d (it shall be done), r.t.b.s (remains to be seen), and s.p. (small potatoes). They were the early ancestors of OMG and LOL.

the trend [in] abbreviations on alternate spellings or misspelling … someone come up with o.k. for oll korrect

A twist on the trend was to base the abbreviations on alternate spellings or misspellings, so “no go” was k.g. (know go) and “all right” was o.w. (oll write). So it wasn’t so surprising for someone come up with o.k. for oll korrect.

What is surprising is that it ended up sticking around for so long while the other abbreviations faded away. 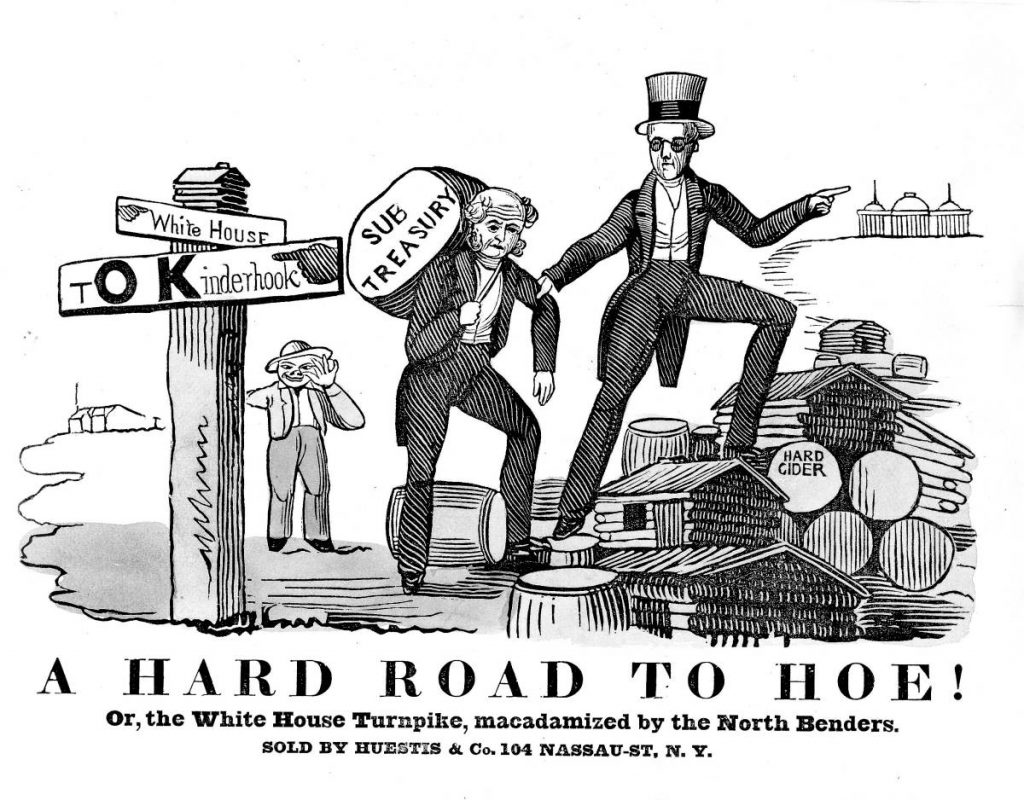 After the club got into a few tussles with Harrison supporters, OK got mixed up with slandering and sloganeering. It meant out of kash, out of karacter, orful katastrophe, orfully confused or any other apt phrase a pundit could come up with.

It also got mixed up with the popular pastime of making fun of van Buren’s predecessor, Andrew Jackson, for his poor spelling. One paper published a half-serious claim that OK originated with Jackson using it as a mark for “all correct” (ole kurrek) on papers he had inspected.

It may have ended its life there if not for the fact that at the very same time, the telegraph was coming into use, and OK was a very handy abbreviation, ready to be of service.

By the 1870s it had become the standard way for telegraph operators to acknowledge receiving a transmission, and it was well on its way to becoming the greatest American word.

So there you are : a joke that ended up becoming universally used across the world thanks to its adoption by the ‘internet of it’s day’, the telegraph.