Published on Feb 3, 2015 in General Interest 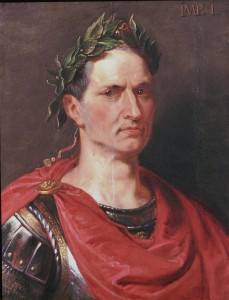 The calendar we use today is little different to that decreed by Julius Casear over 2,050 years ago. The only notable difference being that the ancients had overestimated the length of the year by eleven minutes and fourteen seconds, a problem that was solved in February 1582 when the Gregorian Calendar was introduced.

Legend has it that the first Roman calendar was instituted by Romulus in 738 BC, but it had only ten months. Then, in the 7th century BC, the Roman King Numa Pompilius added January and February to create a twelve-month year, and the Roman world lived with it for six centuries even though it totalled only 355 days, which naturally lead to certain calendrical chaos.

In 45 BC Julius Caesar finally stepped in, decreeing a new calendar based on the calculations of Sosigenes of Alexandria, who had worked out that a year should have 365 and a quarter days.

The term ‘Leap Year’ comes from the observation that during a Leap Year any fixed event leaps forward an extra day, falling 2 days after the day of the week it fell on the previous year rather than only 1 day later as in normal years.

But how to account for that last quarter day? Cleverly, Sosigenes added an additional day at the end of February every fourth year. The new calendar went into effect on 1 January 45 BC. Back then, however, they didn’t call the year with the extra day a ‘Leap Year; but bis-sexto-kalendae, a term not explainable in fewer than four paragraphs. Luckily for us, centuries later the Scandinavians coined the term Leap Year, derived from the Old Norse hlaupa (‘to leap’). This was based on the observation that during a Leap Year any fixed event leaps forward an extra day, falling two days after the day of the week it fell on the previous year rather than only one day later as in normal years.

If the number of days, the number of months and a bis-sexto-kalendae weren’t change enough, Caesar also changed the name of one of the months, or at least the Roman Senate did, when it renamed Quintilis ‘July’ in his honour. (Later another obsequious senate renamed Sextilis in honour of Caesar’s successor, Augustus, calling it ‘August’.)


What about the Weeks?

One thing Caesar forgot was the week – there were none in his calendar. But in the 4th century the first Christian emperor Constantine introduced the seven-day week, based on the Book of Genesis. And while Caesar’s calendar looked accurate, in fact it overestimated the length of the year by eleven minutes and fourteen seconds, a problem resolved only in 1582 when Pope Gregory XIII adjusted Caesar’s calendar and re-baptised it the Gregorian Calendar. (see our article Anno Domini – Origin of the Western Calendar).

The above Article has been taken from “365: Great Stories from History for Every Day of the Year” by W.B. Marsh & Bruce Carrick, Icon Books, 2004