Home » Trivia » Can a modern passenger plane glide? If so how far?

Can a modern passenger plane glide? If so how far?

I was on a twin engined plane a while back when one of its engines decided to stop just after we took off and were on the steep climb up to our cruising altitude. As we slowly wobbled back to the airport for an emergency landing, one of the many thoughts that crossed my mind as I peered at the one functioning engine was “If that one decides to join its fellow engine and stop working, how far can we glide or can this thing even glide at all ?”


How Far Can A Plane Glide If Its Engines Stop?

Happily, a lot further than you might think. Aircraft can fly like gliders if all the engines fail; just how far they can glide is dictated by their “Lift-to-Drag” (L/D) ratio, which measures the relative amounts of lift and drag force generated by the wings.

The bigger the ratio, the more fuel-efficient the aircraft, the longer its range and the further it will continue to fly it its engines pack up. The precise ratio varies somewhat with speed, dropping dramatically close to the speed of sound but it’s typically around 22 for straight-winged gliders, 16 or so for a conventional passenger jet, down to a mere 8 for swept-wing supersonic aircraft like Concorde or military fighters. In each case, the horizontal distance they can glide can be estimated by multiplying this ratio by the aircraft’s altitude when the engines fail. 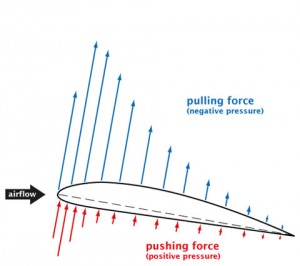 So much for the theory, what about some re-assuring examples ? For once, the reality is not so different.

In August 2001, an Canadian Air Transat Airbus 330 flying from Toronto to Lisbon suffered a catastrophic loss of fuel. After noticing the fault, the pilots diverted to an airfield in the Azores but both engines failed while they were still 85 miles away. Fortunately, their aircraft had a L/D ratio of around 16 and the failure took place at 34,500 ft, which meant the aircraft was able to glide to the runway. The pilots made a successful high-speed landing and just a dozen passengers suffered minor injuries.

In an incident on 24 June 1982, a British Airways 747, was a en-route from London Heathrow to Auckland, when the aircraft flew into a cloud of volcanic ash thrown up by the eruption of Mount Galunggung (approximately 180 kilometres south-east of Jakarta, Indonesia), resulting in the failure of all four engines. Without engine thrust, a 747-200 has a glide ratio of approximately 15:1 (ie it can glide forward 15 kilometres for every kilometre it drops). The flight crew quickly determined that the aircraft was capable of gliding for 23 minutes and covering 91 nautical miles (169 km). Fortunately the aircraft was able to glide far enough to exit the ash cloud, and all engines were restarted (although one failed again soon after), allowing the aircraft to land safely at the Halim Perdanakusuma Airport in Jakarta.