Home » General Interest » How Do we See Colour?

How Do we See Colour? 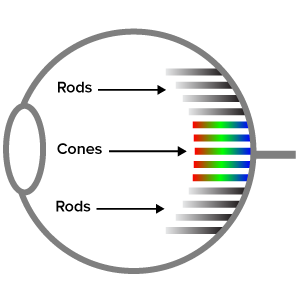 The human eye and brain work together to perceive colour. Light is sensed on the retina at the back of the eye. The centre of the retina contains about 6-7 million cells called cones. Different ones are sensitive to red, green, and blue light.

Rods, located on the periphery of the eye, are sensitive to dim light and handle vision in low light. Each eye contains about 130 million rod cells. When light hits the rods and cones, complex chemical changes create electrical impulses that are sent to the brain via the optic nerve.

What is Light Though ?

Not as easy an answer as you think. Light is a form of energy that consists of particles called photons – BUT it’s also a wave! Confused – yes you will be and you’re not the only one. To answer this question fully you’d need to delve into quantum physics – which we won’t do now. However you might like to read our article “Where Does All the Light Go When you Switch Off the light Switch ?“

White light—the visible part of the light from sources such as sun light, incandescent light, and fluorescent light—is made up of 7 colours. They are the ROYGBIV colours of red, orange, yellow, green, blue, indigo and violet. For our purposes here we will treat them as waves (NOT particles). Each coloured wave has a different wave length. Waves that are longer than red, called infrared, are not detected by the human eye. Waves shorter than violet, named ultraviolet, also cannot be seen by the human eye. 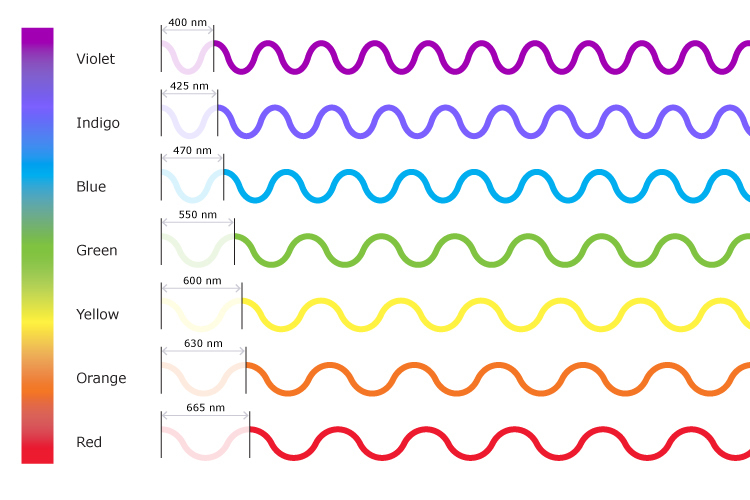 Your Colour is Not My Colour – Why Stuff has a Colour

The ROYGBIV colours were named by the English physicist Isaac Newton. Of those 7 colours, 3 are considered the additive primary colours for light. They are red, green, and blue. These same 3 colours are used in colour television and colour display panels.

In about 1680, Newton found that colour is not “built into” an object – its’ not an attribute of “the thing” per se. The red is not “in” the apple. Rather, the surface of the apple is reflecting only some wavelengths of light to our eyes. The red apple reflects red light to the eye and absorbs the remaining 6 colours. We perceive only the reflected light. So we say the apple is red.

An object appears white if it reflects all the wavelengths (colours). An object is black if it absorbs all the colours of the visible spectrum. A yellow object will reflect red and green and absorb blue and so on for all the possible variations of colour.

However when colours are “in-between” these primary ones its then that we will all perceive colours different and “your colour may not be MY colour”.

Do you remember ‘that dress’ that circulated on social media a few years ago that caused a storm with everyone claiming and seeing something slightly different? If not let us remind you.

Is this dress White & Gold or Black & Blue …. for convenience the original photograph circulated on social media on the left has been enhanced by both lightning it so that you might appreciate how OTHER people might have seen its “true” colours. 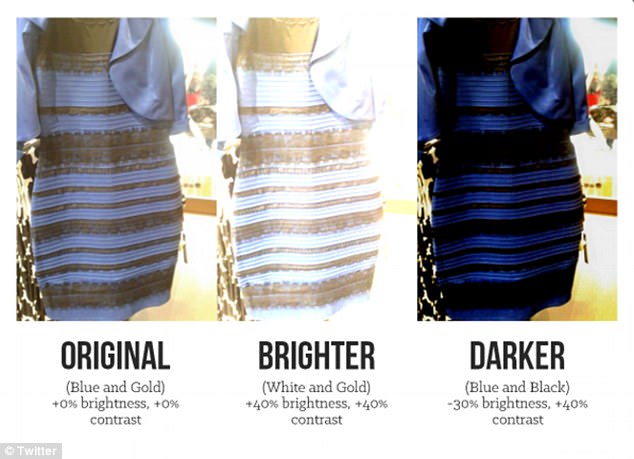