Home » Social Sciences » How does language influence the way we think ?

How does language influence the way we think ? 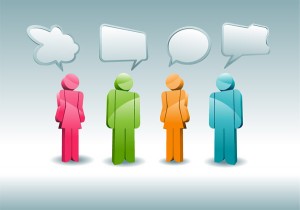 Does language influence the way we perceive and think about the World ? Benjamin Whorf, a linguist in the early 1900s, thought so and he called this phenomenon linguistic relativity. The Sami languages spoken by indigenous people near the Arctic Circle in northern Finland, Sweden, and Norway have hundreds of words for snow. For example, in Lule Sami the word vahtsa means “one or two inches of new snow on top of old snow.” Bulltje means “snow that is stuck to a house” and åppås refers to “virgin snow that has not been walked on.” It’s important to keep in mind that just because the Sami have more words for snow, it does not mean that non-Sami speakers do not understand what “one or two inches of new snow on top of snow” means.

But how do broader concepts that are denoted by language affect our experience? Every language has different distinctions for colour, for example, and linguists have surmised that what colours you can say are related to what colours you can see. In some languages green and blue are not different colours, but different shades of the same colour. In Vietnamese, the word xanh is the colour of both tree leaves and the sky.