Home » General Interest » How to Buy Your Own Country : The Biggest Real Estate Deal in History – Alaska

How to Buy Your Own Country : The Biggest Real Estate Deal in History – Alaska

In August 2019 Newspapers started to report, what on the face of it seemed to be just another of President Trumps crazy rambling stream of consciousness ideas. He wanted to buy another country!

was he so arrogant to think that the US could simply buy another country?

In meetings, at dinners and in passing conversations, Trump has asked advisers whether the U.S. could acquire Greenland, as he listened with interest when they discussed its abundant resources and geopolitical importance. He then, according to two of his advisors, had asked his White House counsel to look into the idea.

the idea wasn’t actually without precedent

What a crazy idea – was he so arrogant to think that the US could simply acquire another country?

In fact, the idea wasn’t actually without precedent. The U.S. had done this before. 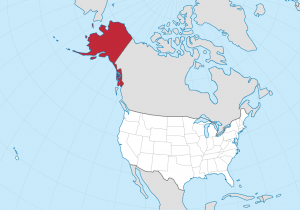 On this date Russia sold Alaska to the United States for $7.2 million. Alaska was formally transferred on 18 October the same year, the result of brilliant negotiations by American Secretary of State William Seward.

Although now the intelligence of Seward’s purchase is plain to all, at the time so many doubted the sense of buying this enormous area of frigid wilderness that it was colloquially called ‘Seward’s Folly‘.

Alaska – “North to the Future”

Alaska remained an American territory for almost a century but finally became the country’s 49th state on 3 January 1959. The largest American state, it covers 591,004 square miles (1,530,700 square kilometres), twice as big as Texas and almost 7 times the size of Great Britain.

it increased the size of the nation by almost 20%

When it became a state, it increased the size of the nation by almost 20%. But with only 600,000 inhabitants, it has the lowest population of any state.


Seward’s purchase was one of the shrewdest in history. Alaska boasts a huge fishing industry, specialising in salmon, herring, cod and halibut as well as several types of crab. It also has mammoth timber resources and, to the fury of animal rights activists, a thriving business harvesting pelts from baby seals. But perhaps the state’s biggest treasure is oil. Had the $7.2 million that Seward spent been invested instead at 5 % interest for all the years since 1867, it would be worth about $6.7 billion today. But the value of the oil alone beneath Alaska’s surface is an estimated $600 billion, $1 million per inhabitant. No wonder the official state motto is “North to the Future”.