How To … Fire a Musket

If you’re a keen reader of the historical fiction of Bernard Cornwell, especially the Sharpe series, that centre around the Napoleonic wars of the 18th and early 19th century, then you’ll know that in all of them the cannon and musket is king of the battlefield. But how do you load and fire a smooth bore musket ? 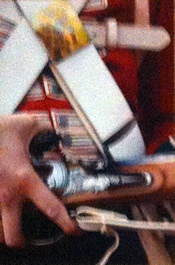 1. Take the doghead back to half cock exposing the pan. 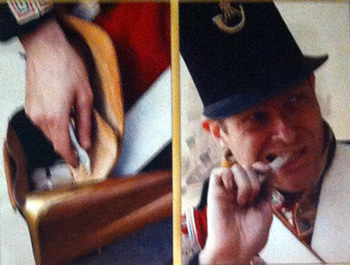 2. Remove a cartridge from the cartridge box and tear it open with your teeth. 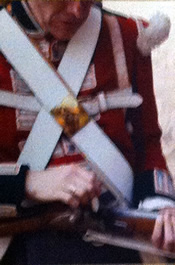 3. Pour a pinch of the gunpowder into the pan.

4. Close the frizzen over the pan to protect the powder. 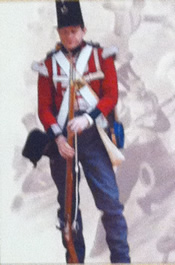 5. Cast about – place the stock of the weapon on the floor. 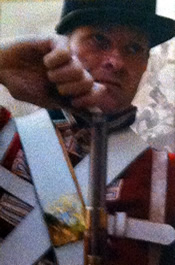 6. Pour the remaining powder down the barrel from the muzzle end. 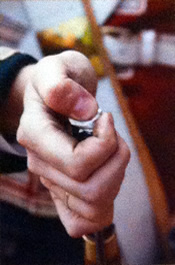 7. Wrap the musket ball in the cartridge paper and push into the muzzle. 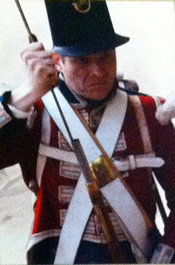 8. Take out the ramrod and ram the charge down the barrel. 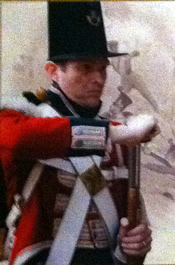 9. Return the ramrod to its pipes under the barrel.

10. Take the dog head back to full cock. 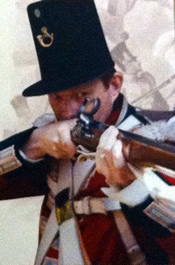 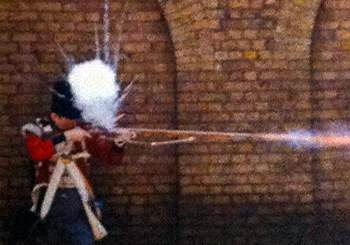 The origin of this phrase can be gleaned from the loading and firing procedure outlined above.

It’s meaning is ‘To act hastily’. The half-cock position was for loading and would not allow the gun to fire when the trigger was pulled.


Cartidges and the Indian Mutiny of 1857

The Indian Rebellion of 1857 did not occur as a result of one specific event; it was an accumulation of several events, over time, resulting in its eventual outbreak.

However the final spark spark was provided by the ammunition for new Pattern 1853 Enfield Rifle. These rifles had a tighter fit, and used paper cartridges that came pre-greased. To load the rifle, sepoys had to bite the cartridge open to release the powder. Now, the grease used on these cartridges included tallow, which if derived from pork would be offensive to Muslims, and if derived from beef would be offensive to Hindus. At least one British official pointed out the difficulties this may cause:

unless it be proven that the grease employed in these cartridges is not of a nature to offend or interfere with the prejudices of caste, it will be expedient not to issue them for test to Native corps…

However, in August 1856, greased cartridge production was initiated at Fort William, Calcutta, following British design. The grease used included tallow supplied by the Indian firm of Gangadarh Banerji & Co. By January, the rumours were abroad that the Enfield cartridges were greased with animal fat. Company officers became aware of the rumours through reports of an altercation between a high-caste sepoy and a low-caste labourer at Dum Dum. The labourer had taunted the sepoy that by biting the cartridge, he had himself lost caste, although at this time such cartridges had been issued only at Meerut and not at Dum Dum.

On January 27, Colonel Richard Birch, the Military Secretary, ordered that all cartridges issued from depots were to be free from grease, and that sepoys could grease them themselves using whatever mixture “they may prefer”. A modification was also made to the drill for loading so that the cartridge was torn with the hands and not bitten. This however, merely caused many sepoys to be convinced that the rumours were true and that their fears were justified. Additional rumours started that the paper in the new cartridges, which was glazed and stiffer than the previously used paper, was impregnated with grease.