How to Make Cider in 7 Easy Steps 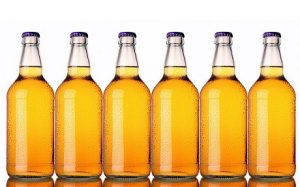 Cider has been made for thousands of years. Archaeological evidence shows that ancient European and Asian cultures used apples to make a crude version of cider as early as 6500 B.C. The art of cider making improved over the years as people developed a better understanding of the factors that impact cider flavor. During the 6th century, a profession of skillful brewers was established in Europe. These people made beer-like beverages and also cider.

By the 16th century, Normandy became one of the largest cider-making areas in the world. Guernsey formed part of this rich tradition and cider was even used to pay farm labourers their wages at one time.


In this article we demonstrate how easy it is to make golden Guernsey Cider.