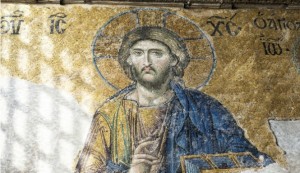 An eye-witness account of Jesus performing a miracle has been unearthed in the Vatican archives.

Written by first century Roman historian Marcus Velleius Paterculus, it describes a scene he allegedly witnessed in which a prophet and teacher, named Iesous de Nazarenus, resuscitated a stillborn boy and handed him back to his mother.


It apparently took place in Sebaste, near modern-day Nablus, in Samaria (West Bank). Recorded on parchment, the author describes the arrival in the town of a great leader with a group of disciples and followers, causing many of the “lower class people” from neighbouring villages to gather around them. And the name ascribed to this first-century celebrity is the Greco-Latin translation of Jesus’ Hebrew name Yeshua haNotzri.

Upon entering the town, Jesus is said to have visited the house of a woman named Elisheba, who had just given birth to a stillborn child. Jesus picked up the dead child and, after praying in Aramaic, the baby came back to life almost immediately, crying and squirming like a healthy newborn, to the crowd’s amazement. 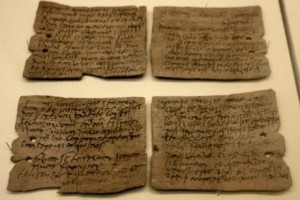 The find was made by Italian historian Ignazio Perrucci. who was sorting through 6,000 ancient documents found at the Vatican.

Various tests and analysis have been conducted to determine the authenticity of the manuscript. The composition of the parchment and ink, the literary style and handwriting have all been carefully scrutinized and were considered to be entirely legitimate. The dating analysis also revealed that the sheepskin parchment on which the text is written, does indeed date from the 1st century of this era, more precisely from between 20-45 AD.