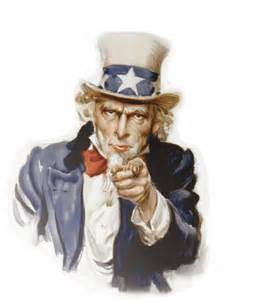 This is one of those hotly disputed terms, with some historians and etymologists arguing the case that it is definitely, or absolutely not, eponymous.

The expression which is commonly used to mean the American Government, and sometimes the United States in its entirety, certainly derives from the initials ‘US’ but possibly also from a real person. Sam Wilson was an American of Scottish parentage who was a meat packer in Troy, New York, at the outbreak of the 1812 war between the USA and Britain. He supplied the beef in barrels marked ‘US’, and soldiers allegedly began to use the expression ‘Uncle Sam’ in gratitude to Wilson – rather than the Government – for keeping them fed.

The problem with this story is that only a few newspapers mentioned the Uncle Sam connection when Wilson died in 1854, but then newspaper people have notoriously short memories.

The use of Uncle Sam to mean the Government was even adopted by that Government itself, as the name was used in recruiting posters. Congress had no doubts in 1961 – it passed a resolution saluting Sam Wilson as The progenitor of America’s national symbol of ‘Uncle Sam’. 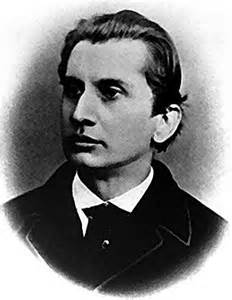 Regularly paired with sadism, masochism is a sexual fetish in which gratification is derived from pain or humiliation. It is named after Leopold von Sacher-Masoch (1836-95), an Austrian novelist who, like the Marquis de Sade, wrote about his sexual fantasies and experiences, in his case the true story of how he agreed to act as the slave of his mistress, Baroness Fanny Pistor, for six months, as long as she wore furs while humiliating him. He wrote a thinly disguised account of their activities in his novella Venus in Furs. Like de Sade, he went quite mad.

Usually employed to describe a strict disciplinarian, the eponym is very appropriate, as it derives from General Jean Martinet, drillmaster in the armies of King Louis XIV in 17th-century France. He made the French Army a formidable fighting force, but angered his own troops with his unrelenting severity. The common view is that, having provoked them once too often, he was killed by his own soldiers under cover of enemy fire at the Siege of Duisburg in 1672.

In our modern understanding, a Jezebel is a dominant woman who is usually prepared to use her sexuality to get her way. The original Jezebel can be found in the two Books of Kings in the Old Testament, and she really wasn’t a very nice girl at all, according to the authors of this part of the Bible. 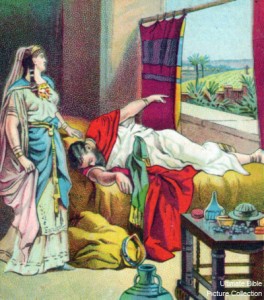 She was a princess of Phoenicia, who married King Ahab of the Israelites, converted him to the worship of Baal and other Phoenician gods, and slaughtered the prophets who disagreed with her. With some amazing firepower, the prophet Elijah proved that his one true God, Yahweh, was more powerful than Baal and his cohorts, and Jezebel was furious.

After King Ahab’s death, she carried on her ‘countless harlotries and sorceries’, as it states in the Bible, until Jehu killed her son King Joram in a palace coup and then came after her.

Undaunted, Jezebel put on her face paint and her best outfit and sat at the upstairs window taunting Jehu, who ordered her own eunuchs to throw down the former queen. With a fine disregard for loyalty and an eye to their own survival, the eunuchs obliged Jehu, and Jezebel was dashed to the ground and trampled to bloody bits under the feet of Jehu’s cavalry horses. Nice people, those ancient Israelites.

For some modern feminists, Jezebel is seen as a heroine, a strong woman who was the real power in the kingdom, so calling a female a jezebel may no longer be an insult. Just don’t try it in the office!