What’s the Meaning and Origin of the Phrase Catch 22

Published on May 13, 2022 in General Interest, Literature, Trivia

The phrase “catch-22” is, in short, common parlance for when someone is trapped in an inescapable dilemma. But where does the phrase come from?


It actually comes from the 1961 satirical novel by Joseph Heller of the same name – “Catch-22”. Now a modern classic the uptake of this modern idiom has been quite universal.

The book is set on an American airbase in Italy and tells the story of Captain Yossarian, a bombardier in the Army Air Corps who wants to be discharged.

The only way he can be discharged is by claiming that the war has made him insane. However, the camp’s doctor points out that Yossarian’s desire to be discharged (and thus safe) proves his sanity. Yossarian is caught in a paradoxical situation.

The term is first introduced by the character Doc Daneeka, an army psychiatrist who invokes “Catch-22” to explain why any pilot requesting mental evaluation for insanity demonstrates his own sanity in creating the request and thus cannot be declared insane. 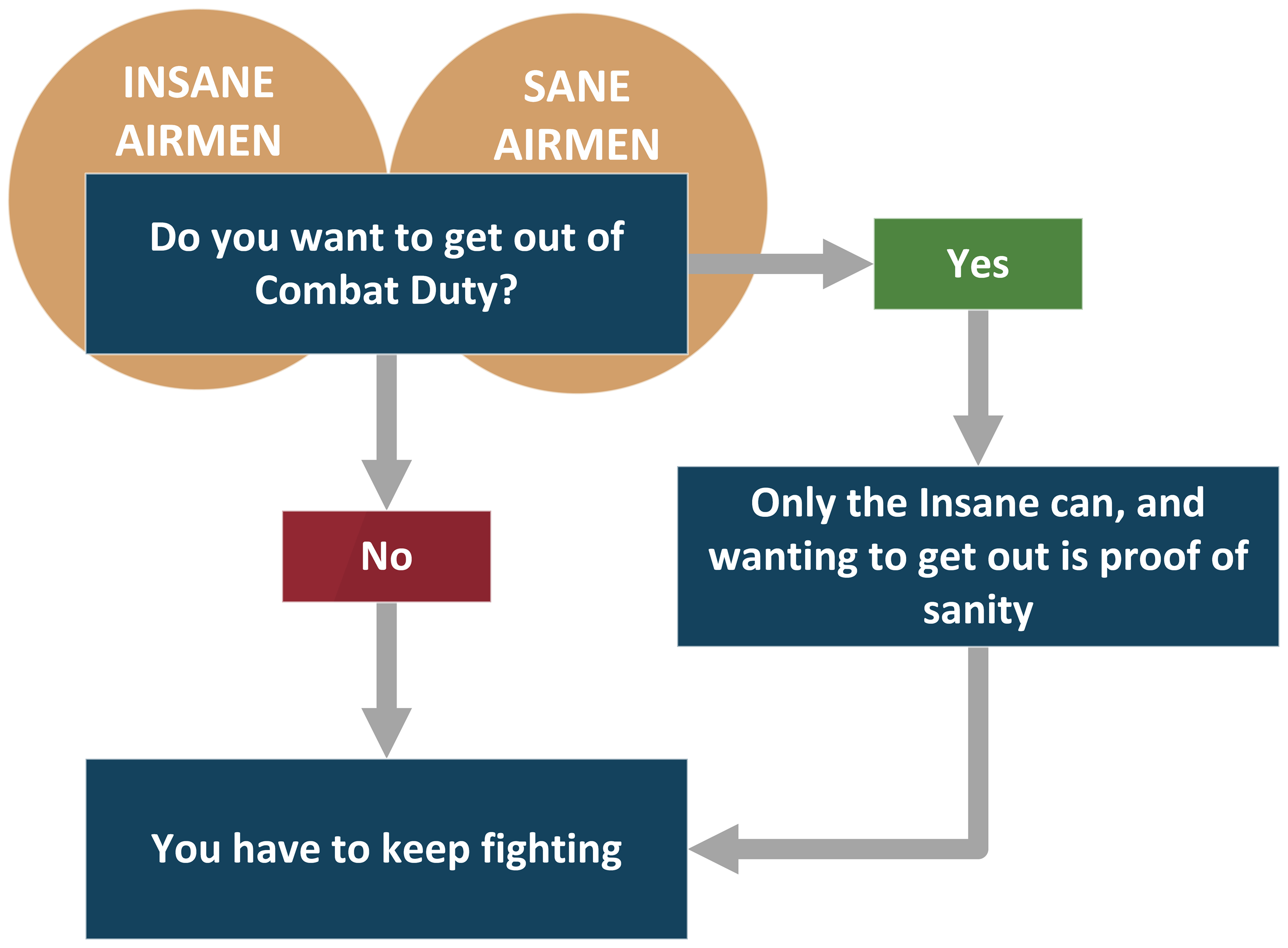 How did Joseph Heller Come up With it ?

The idea for Catch-22 was based on Joseph Heller’s personal experience in World War II. Although, unlike his main character Yossarian, fans may be surprised to learn that the author actually enjoyed his military service during the second world war. In a letter auctioned in 2011 he says :

“I was young, it was adventurous, there was much hoopla and glamour; in addition, and this too is hard to get across to college students today, for me and for most others, going into the army resulted immediately in a vast improvement in my standard of living.”

The author enlisted in the US army air corps in 1942 at 19 and subsequently served, like Yossarian, on the Italian front, flying on 60 combat missions as a B25 bombardier. He spent much of the 1950s writing Catch-22.

The popularity of the book created a cult following

After publication in 1961, Catch-22 became very popular among teenagers at the time. Catch-22 seemed to embody the feelings that many young people had toward the Vietnam War. A common joke was that every student who went off to college at the time took along a copy of Catch-22. The popularity of the book created a cult following, which led to more than eight million copies being sold in the United States.