Peace at Last – The End of the Great War for Civilisation

1918 At the eleventh hour of the eleventh day of the eleventh month an armistice, signed 6 hours before in French marshal Ferdinand Foch’s railway carriage at Compiegne, France, took effect between the Allies and the Central Powers, bringing the First World War to a close after 4 years, 3 months and 9 days of fighting.

By July the Allied armies, greatly strengthened by 42 American divisions had contained the German spring offensives and then launched a series of powerful counter-offensives that rolled the German army back towards the Rhine. 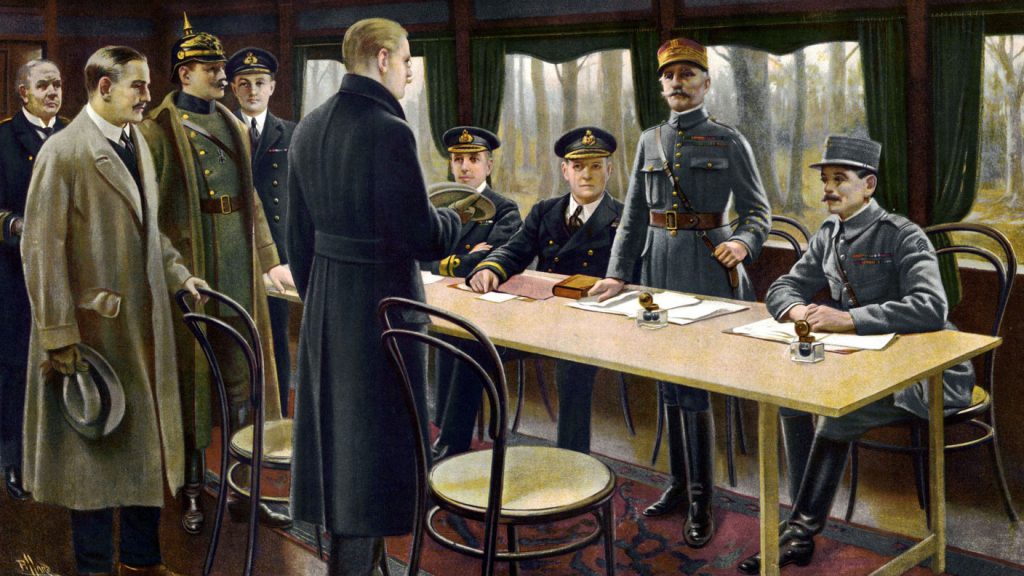 From far-flung fronts in Italy, the Balkans Palestine, Mesopotamia and the Caucasus, and on the seas, the war news was at last favourable for the Allied cause.

For Germany, the news was correspondingly bad. During recent weeks the Supreme Command had acknowledged that the war could not be won, the fleet had mutinied at Kiel, and revolution was in the streets. The Kaiser had fled to Holland the day before the Armistice: and the Reichstag declared a republic. Meanwhile, Germany’s allies – Bulgaria, Turkey and Austria-Hungary had all left the war.

Across the world, the news of the armistice was electrifying. Parisians sang and cheered in the boulevards. In New York 1 million people thronged Broadway. In London at the stroke of 11 people streamed out onto the streets as all the bells of London began to clash.

For all the celebration, the costs of the war were staggering. An estimated 65 million people were mobilised during the war, of whom 8.5 million had died, another 21 million had been wounded and 8 million were being held prisoner when the war ended. Another 6 million civilians had also died.


As well the human cost no less that 4 imperial dynasties perished during or in the aftermath of the chaos. Had they tombstones they would read : 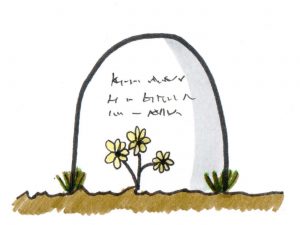 ‘They never knew they were beaten in Berlin. It will have to be done all over again.’

For the Germans the end of the war brought still further losses. By the terms of the Versailles Treaty of 1919 they were made to relinquish large swaths of territory, their colonies and enormous quantities of war materiel. One of the few things the Germans gained during the peace process was the myth created by their generals that the German army were ‘undefeated in the field’ and had been ‘stabbed in the back’ by their own civilian government at the peace table. As the American commander General ‘Black Jack’ Pershing bitterly but presciently observed: ‘They never knew they were beaten in Berlin. It will have to be done all over again.’