The Numbers Man – Fibonacci & the Origins of our Number System

If ever there was a unifying World language it would be that of numbers. The 10 digits we utilise are in universal use throughout the world. You have no problem ‘conversing’ with anyone in any culture. In this article we look at the remarkable story of numbers and how one man helped to introduce them into the European ‘vocabulary’ from where they rocketed into use throughout the world.


The Days are Numbered

Try to imagine a day without numbers. No time, no date, no money, no bank account … the list goes on. Our lives are totally dependent on numbers. 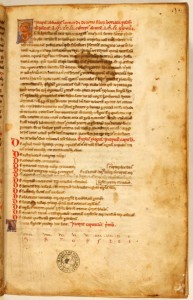 How did we-as a species and as a society-become so familiar with and totally reliant on these abstractions our ancestors invented just a few thousand years ago?

This method of writing numbers and doing arithmetic is known today as the Hindu-Arabic system, a name that reflects its history.

Prior to the 13th century, however, the only Europeans who were aware of the system were, by and large, scholars, who used it solely to do mathematics. Traders still recorded their numerical data using Roman numerals and performed calculations either by a fairly elaborate and widely used “fingers procedure” or with a mechanical abacus. That state of affairs started to change soon after 1202, the year a young Italien man, Leonardo of Pisa-the man whom a historian many centuries later would dub “Fibonacci”, completed the first general purpose arithmetic book in the West.

What Leonardo did was every bit as revolutionary as the personal computer pioneers who in the 1980s made computers available to, and usable by, anyone. His role was to “package” and “sell” the new methods to the European world.

His book was called “Liber abbaci”, which translates as “Book of calculation”.

Today “Liber abbaci” is generally referred to as having been written by a man called ‘Fibonacci’. However it was actually written by one “Leonardo Pisano” (Leonardo of Pisa). In the 12th & 13th centuries surnames were not yet in common use and in his opening statement of his seminal book he referred to himself as filius Bonacci, which can mean son of or family of Bonacci. In any event, the Latin phrase ‘filius Bonacci’ is the origin of Leonardos present-day nickname “Fibonacci”. To be clear his father wasn’t called Bonacci either!

Very little is known about the man himself however we do know that Leonardo first encountered the number system as a youth possibly no more than 15 years of age, he left his childhood home in Pisa to join his father in the southern Mediterranean city of Bugia.

There, in Muslim North Africa, he came into contact with Arabic-speaking traders and scholars who revealed to him a remarkable system for writing numbers and performing calculations. They were not its discoverers, for the system had its origins much earlier in India. By using it in their trading, Arab merchants then transported it northward along the Silk Road to the shores of the Mediterranean, together with other, more tangible products of the Orient, such as silk, spices, ointments, and dyes.


The Number System & The Revolution

The system is based on 3 key ideas:

Notation : The choice of ten basic number symbols, that is, the Hindus choice of the base 10 for counting and doing arithmetic is presumably a direct consequence of using fingers to count.

Place Value : When we reach ten on our fingers we have to find some way of starting again, while retaining the calculation already made ie the “carry 1 to the next column” exercise we are all taught in primary school. This is one of THE major advantage of the Hindus’ number system in that the position of each numeral matters. This allows for addition, subtraction, multiplication, and even division using fairly straight forward.

Zero : The introduction of zero was a crucial step in the development of Hindu arithmetic and came after the other numerals. The concept of zero took a long time to develop. The zero symbol, 0, allows us to skip a column.

The most remarkable thing about our number system is that using just the ten symbols (or digits) 0, 1, 2, 3, 4, 5, 6, 7, 9 we can represent any of the infinitely many positive whole numbers.

When the new symbols first came into Europe, they were written the way the Arabs did-the so-called Eastern form-but when Leonardo wrote Liber abbaci he formed them in a different fashion known as the “Western form” which is the one we are familiar with today.

Following the completion of the first edition of Liber abbaci, Leonardo eventually became something of a celebrity, not just in his hometown of Pisa but throughout Italy. Much of his fame came from the depth of his scholarship and the many practical applications and illustrations that he demonstrated in his book. 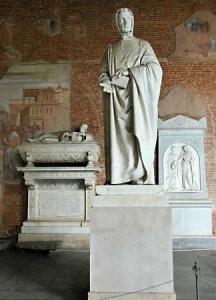 Between the publication of the first edition of Liber abbaci in 1202 and the second edition in 1228, Leonardo published a number of other works that added to his reputation. De practica geometrie, (Practical geometry), completed in 1223, was written for professional people whose work involved surveying and land measurement.

So great did Leonardo’s reputation become in the years following the first publication of Liber abbaci that sometime in the mid-1220s, most likely around 1225, he had an audience with the eccentric Holy Roman emperor Frederick. When Frederick learned of Leonardo’s work, he summoned the author of Liber abbaci to his Pisan palazzo to discuss the book and give a demonstration of his mathematical ability. Leonardo’s gave a triumphant demonstration at the imperial palace after which his fame was assured.

Toward the end of the 13th century, and perhaps during Leonardo’s lifetime, there appeared the first of what by the 15th century amounted to a thousand or more arithmetic instructional manuscripts written in local vernacular Italian for non-experts, in particular the commercial community. Some four hundred of them have survived to this day. All were based or can be traced back to the seminal work of Leonardo himself.

The abbacus schools, which lasted two years, were designed to educate future businessmen by teaching them mathematical and accounting skills.

The Hindu-Arabic system took longer to migrate beyond Italy’s borders, however. Abacus-board arithmetic was still dominant in northern Europe up to the end of the 16th century. But in time, the sheer superiority of the new system came to dominate there just as it had in Italy.

By the end of the 16th century, all of Europe used the Hindu-Arabic system, and as a result began its inexorable rise to world domination in trade and finance. This was the start of the commercial revolution, a revolution that depended on powerful, efficient ways to handle numbers.


So “Leonardo Pisano” (aka “Fibonacci”) is one of the most influential men in history, a man that you’ve probably never heard of.