The Origins of England’s Three Lions 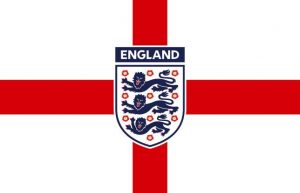 So goes the ever popular 1996 “Three Lions” song. So when did the three lions symbol come to be used as England’s royal arms and therefore on the England team shirts ?

The answers is somewhat surprising and reveals why in the past we might’ve been singing “three leopards on a shirt“.

Medieval bestiaries comprised both real and mythical creatures, and the medieval intellect wasn’t interested in our modern post-Enlightenment taxonomy. This means that to the Medieval mind a lion didn’t necessarily have to look like what we ‘know’ as a lion nor did a leopard. 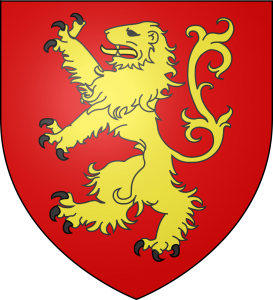 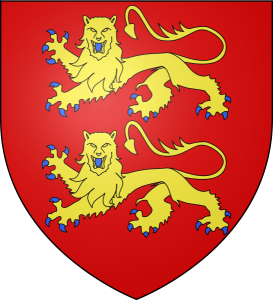 So, generally speaking (and there are many exceptions in different traditions), a “lion rampant” (standing erect with forepaws raised) was a lion, while a “lion walking” with head turned full-face (passant guardant) – as in the English royal arms – was a leopard. It’s important to note that ‘leopard’ was a technical heraldic distinction; there were no spotted felines on any coat-of-arms in the Middle Ages.

Like all heraldic animals, the leopard carried some symbolic meaning; it was thought to be the result of an adulterous union between a lion and a mythical beast called a ‘pard’ (hence leo-pard). Believed to be incapable of reproducing, leopards were sometimes (but not always) used for someone born of adultery, or unable to have children – a senior clergyman for example.

The 3 English lions have a history going back to the 12th century.

Later that century, Richard the Lionheart (1189-1199) used the three golden lions on a scarlet background as a symbol of the English throne and, after that, it appeared on the Royal Arms of every succeeding monarch.

Consequently when the FA was formed in 1863, it seemed natural enough to base their logo on this stirring royal shield.

The English usually referred to them as leopards until the late 1300s when they started calling them lions. French heralds continued to call them leopards, and, during the Hundred Years’ War, the French sometimes referred to the English as ‘the leopards’.