Home » General Interest » Wacky-pedia : Weird Questions, that you never even asked, Answered – What does Space Smell Like?

Wacky-pedia : Weird Questions, that you never even asked, Answered – What does Space Smell Like? 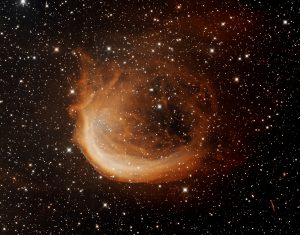 In this article we present you with some wacky facts as well as answering some of the more weird questions – questions that you never even knew you should’ve asked!


People naturally assume that space is devoid of any smells. Its very nature (and emptiness) makes it impossible for us to imagine the cosmos having any sort of defining features. After all, how could “Nothingness” smell like anything? However we’re reliably informed that it DOES have a smell…


In a Nutshell :  Space smells like a stock car racing track – or if you’re American a NASCAR race.

The reason is the preponderance of by-products given off during the combustion of dying stars, which means space is pervaded by a burning odour similar to hot metal, diesel fumes, and barbecue.


Whilst this answer might sound like mere scientific hypothesis extrapolated by scientists based on how they see the distribution of these gases through the cosmos – it has actually be verified by the human nose !

When astronauts return from space walks and remove their helmets, they are welcomed back with a peculiar smell. An odour that is distinct and weird: something, astronauts have described it, like “seared steak.”, “hot metal” and also “welding fumes.”