Home » Food & Drink » What Did the Ancient Romans Eat ?

What Did the Ancient Romans Eat ? 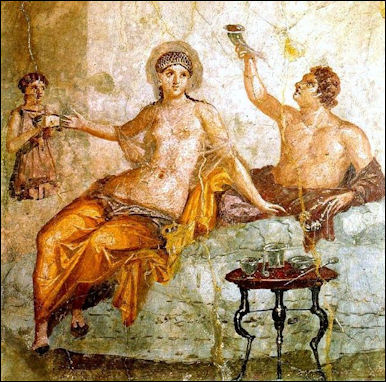 The short answer is … The Romans ate pretty much everything they could lay their hands on.

The Romans had very few food taboos, so anything could be tried at least once. That said meat, especially pork and fish, however, were expensive commodities, and so the bulk of the population survived on cereals (wheat, emmer and barley) mixed with chickpeas, lentils, turnips, lettuce, leek, cabbage and fenugreek.

Large bakeries in Rome’s port town, Ostia, attest to the fact that most Romans ate much of their wheat as bread. And we know from ancient texts and inscriptions that grain was imported in huge ships from Egypt and North Africa. 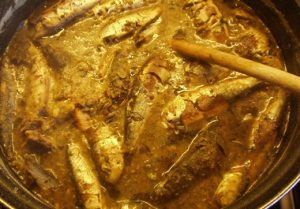 The Romans liked to vary their cooking with sweet (honey) and sour (fermented fish) sauces – known as Garum , which often helpfully disguised the taste of rotten meat.

The Romans used powdered mouse brains to clean their teeth with.

Dining as entertainment was practised within elite society – lavish dinner parties were the ideal way to show off wealth and status. Recipes compiled in the 4th century supply us with details of tasty treats such as pickled sow’s udders and stuffed dormice.


“Pepper, mint, roasted cumin, celery seed, long or round dates, honey, vinegar, passum (raisin wine), liquamen (fish sauce) and a little oil. Put in a pan and bring to the boil. Thicken it with starch and in this state pour over the pieces of ostrich on a serving dish and sprinkle with pepper”