Home » Science » What is the Memory Capacity of the Human Brain ?

What is the Memory Capacity of the Human Brain ? 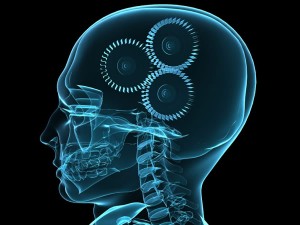 The human brain is a truly remarkable organ, so too is the human memory. Even if you think that you have a bad memory you still posses a marvel of nature. An organic system capable of storing and recalling facts, figures and past events with ease and in split seconds. So, What could the memory capacity of the human brain be? Is it even possible to calculate it in conventional computer terms ?


Some Thoughts (but no conclusion I’m afraid 🙁 )

Attempts to estimate the storage capacity of the 1.5 kg of squidgy stuff we have sitting in our skulls date back at least half a century, when the development of electronic computers prompted comparisons between their relatively feeble memories and the (presumably) far larger capacity of the human brain. At a lecture given at Yale University in 1956, the computer scientist John von Neumann came up with an estimate of thirty-five million million megabytes – colossal, even by the standards of today’s computers. Later estimates were based on assumptions about the information storage capacity of the 100 million million connections between brain cells and led to figures of around forty million megabytes, huge, but nothing like as big as von Neumann’s figure.

Reviewing the various guesstimates, the computer scientist professor Ralph Merkle of Georgia Tech, Atlanta notes that they all make more or less implausible assumptions about how the brain stores information. He argues that better estimates are likely to come from experiments which attempt to measure the storage capacity more directly. As an example, he cites the results of studies carried out in the mid-1980s by Thomas Landauer and his colleagues at Bell Labs, New Jersey, in which people were asked to recall different forms of information over varying amounts of time. The level of recall turned out to be surprisingly consistent and, when converted to a value for the total amount of data a brain could store over a lifetime, produced a figure of around 200 megabytes. This is no less impressive than von Neumann’s figure but for precisely the opposite reason: PCs typically have far more storage capacity than this. As Merkle puts it: “While this might come as a blow to our egos, it suggests that we could build a device with the skills and abilities of a human being with little more hardware than we now have – if only we knew the correct way to organize that hardware”.