Home » General Interest » What is the origin of April Fools Day ?

What is the origin of April Fools Day ? 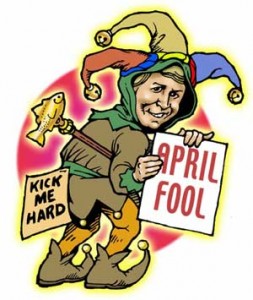 The exact origin of April Fools day is uncertain. There are several theories on how April Fools day originated, but the most likely revolves around the adoption of the Gregorian Calendar in France.

To make fun of the uninformed and conservative, various wits marked the non-holiday by mocking those who still celebrated, sending them on “fool’s errands” or trying to trick them into believing something false. They invited people to nonexistent events or gave them absurd presents, and anyone who fell for the joke was dubbed a Poisson d’Avril (“April fish”).

Even emperors were not immune to the April foolishness, nearly two and a half centuries later, when Napoleon got married on April 1, 1810, he was thereafter known as the “April Fish.”

Even after everybody got used to the new calendar, however the April fooling seems to have continued every year on April 1. Eventually, the practice spread throughout Europe and onwards to America.

As an aside though, it’s interesting to note that the Gregorian calendar was not adopted by England until 1752, but April Fools Day was already well established there by that point.