What Makes the Earth Rotate?


In a Nutshell :   Earth rotates simply because it has not yet stopped moving!

The solar system, and indeed the galaxy, were formed by the condensation of a rotating mass of gas. Conservation of angular momentum meant that any bodies formed from the gas would themselves be rotating. As frictional and other forces in space are very small, rotating bodies, including Earth, slow only very gradually (see our article Will the Earth ever stop spinning?) 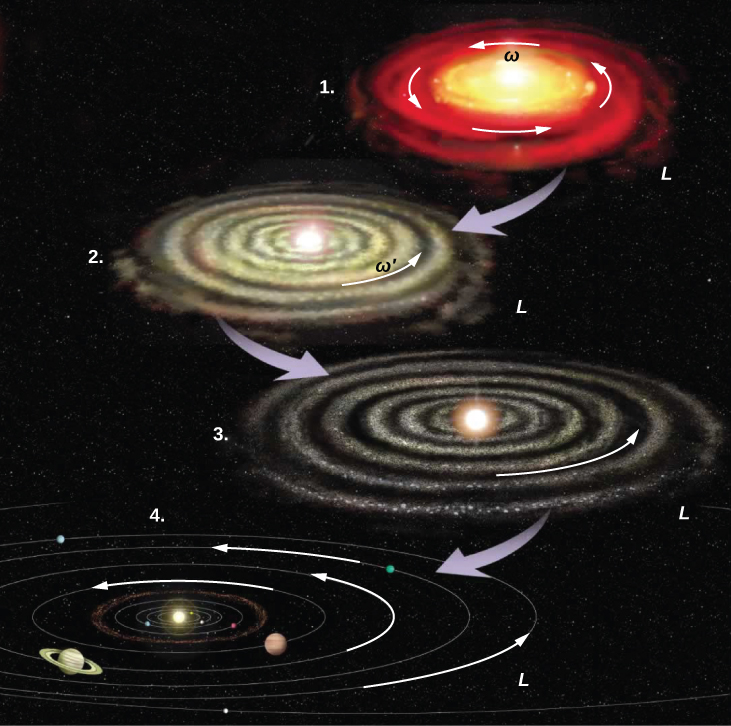