Home » General Interest » When did the US start dropping the U from words such as colour?

When did the US start dropping the U from words such as colour? 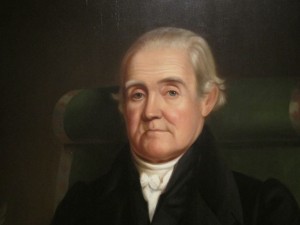 If you’re like me then you may find it rather irritating that the American’s seem to have hi-jacked the English language and have applied what seems, on the face of it, some rather arbitary descions to spell various words differently. Why remove the U from words like colour and not straighten out some of the odd pronunciations and spelling surrounding words with ‘gh’, like thought or enough.

It turns out that the decision regarding the U in some words was a conscious decsion. In this article we look at the rather querky reasons for this.


During most of the history of written English there were no definitive rules governing spelling. Dr Samuel Johnson’s 1755 Dictionary was the first serious attempt to impose order, and certainly the most influential (see our article The 1st English Dictionary). Since then, various individuals and movements have tried to rationalise spelling, to make it more phonetic and easier for children to learn.

Among them was lexicographer Noah Webster (1758-1843), one of the most important figures in the early history of the US, and regarded as the father of American education. In 1806 he published A Compendious Dictionary of the English Language, containing a preface in which he wrote:

“The orthography of our language is extremely irregular,”
and added that
“we ought to reject u from honor, favor, candor, error, and others of this class.”

In 1828, the first edition of Webster’s seminal American Dictionary of the English Language was published, and numerous subsequent editions established it as America’s definitive lexicon. It contained most of the American spellings with which we are now familiar, including those that omit the U.

Webster’s most significant impact, though, was that he was largely responsible for teaching generations of American children to spell. For most of the 19th century almost all US schools used his series of textbooks that became known as ‘blue-backed spellers’.

So, the changes in spelling adopted by Americans were not made for nationalistic reasons, but thanks to the influence of one man. In that sense, American English is as much a product of the Enlightenment as the metric system or, indeed, the US itself.