Home » General Interest » Where did all the water in the world’s oceans originally come from?

Where did all the water in the world’s oceans originally come from? 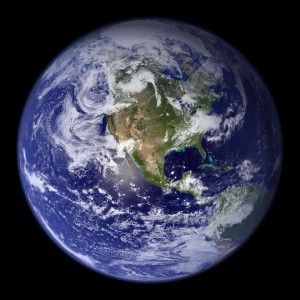 When you look at pictures of our beautiful plant you can’t help but notice the startling blue of the world’s oceans. They occupy two-thirds of the planets surface but how did they get there ?

Explanations for how 320 billion billion gallons of water ended up on the Earth’s surface after its formation have undergone something of a, well, sea change since the 1970s. It is genrally thought that much of the water came from ice trapped inside dust grains that made up the primordial cloud of material from which the Earth condensed around 4.5 billion years ago.

Until relatively recently, it was thought that this trapped water was released by volcanic eruptions, which led to huge clouds of water vapour forming around the planet. These cooled and released their content as rain, which over hundreds of millions of years filled up the basins which now form the oceans.

HOWEVER research now suggests that such volcanic outgassing could not release sufficient water vapour to form the world’s oceans. Instead, the primordial ice is thought to have been turned into water during the catastrophic impacts that took place during the formation of the Earth. Comets are also believed to have made a contribution, dumping the ice they contained on to the Earth. Indeed, perhaps as much as half of the water on our planets came from comets – something to ponder the next time you fill the kettle.