Home » Food & Drink » Why Does Alcohol Make You Drunk?

Why Does Alcohol Make You Drunk? 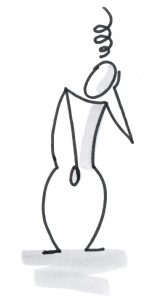 Alcohol has been used by humans for medicinal and recreational purposes for thousands of years (see the sidebar ‘When Was Beer First Brewed’), but scientists still aren’t entirely sure how it makes us tipsy.


When Was Beer First Brewed

As almost any cereal containing certain sugars can undergo spontaneous fermentation due to wild yeasts in the air, it is possible that beer-like beverages were independently developed throughout the world soon after a tribe or culture had domesticated cereal. Chemical tests of ancient pottery jars reveal that beer was produced as far back as about 7,000 years ago in what is today Iran.

In nearby Mesopotamia (ancient Iraq) early evidence of beer manufacturing has been found in a 3,900-year-old Sumerian poem honouring Ninkasi, the patron goddess of brewing, which contains the oldest surviving beer recipe, describing the production of beer from barley via bread. 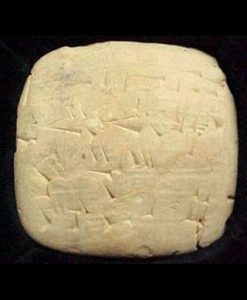 Alulu beer receipt – This records a purchase of “best” beer from a brewer, c. 2050 BC from the Sumerian city of Umma in ancient Iraq.

To try to tackle the problem, researchers in the USA studied a family of rats that have a tendency to be highly sensitive to the effects of alcohol. These rats carry an altered version of a gene used by brain cells to respond to the brain’s main inhibitory nerve transmitter chemical, GABA (gamma-aminobutyric acid). The researchers tested the electrical activity of the rats’ brains and found that giving them alcohol made their nerve cells much more sensitive to the inhibitory (depressant) effects of GABA compared with normal rats, possibly explaining why alcohol makes people sleepy, lethargic and uncoordinated.

When the rats were given behavioural tests after drinking small amounts of alcohol (producing a blood-alcohol level below the drink-drive limit in most countries) they became very uncoordinated, compared with normal rats given the same amount to drink.

These results suggest that alcohol produces its intoxicating effects by interfering with the brain’s inhibitory neuro-transmitter systems. They might help to identify individuals who are at risk of alcohol-related problems, and might also contribute to strategies to reverse drunkenness.