You might be tempted to think that the word ‘Abracadabra‘, beloved of magicians and children’s party entertainers, is just a silly made up word – but you’d be wrong. It’s a very real and very ancient word with some sinister connotations.

The exact etymology of Abracadabra is unknown. Its first known occurrence is in a poem about medical matters attributed to the Roman author Quintus Serenus Sammonicus, in the 2nd Century AD.

Sammonicus was physician to the Roman emperor Caracalla, who in his book “Liber Medicinalis” prescribed that malaria sufferers wear an amulet containing the word Abracadabra written in the form of a triangle. The power of the amulet, he claimed, makes lethal diseases go away.

The letters of the word abracadabra were to be written on papyrus in an inverted triangle… as the letters disappear, so supposedly does the disease or trouble 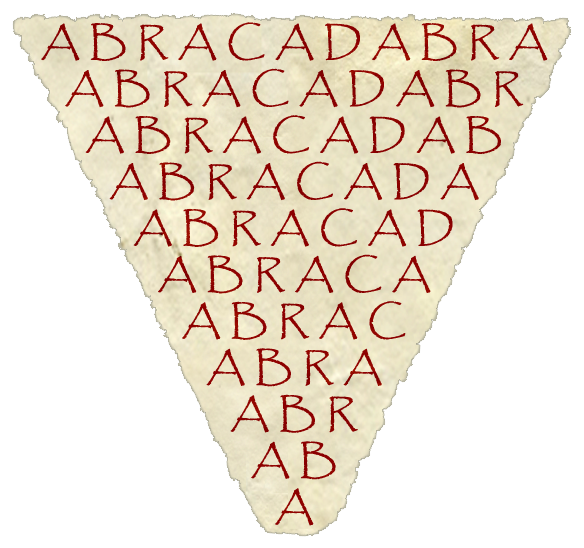 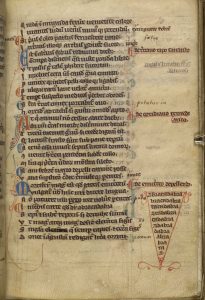 The use of the word to ward off disease continued well into the Medieval era.

To the Medieval mind magic was an everyday fact and any unusual event that couldn’t be explained was considered to be the result of some form of enchantment. Accordingly they used the incantation ‘Abracadabra’ to ward off such bewitchment and as a remedy for poor health.

In addition to writing out the charm on paper wearing it as an amulet it was also sewn into clothing. The word could also be recited repeatedly, each time with the final letter being removed, until just ‘a’ remained. Again it was believed that the strength of the illness diminished as the word became shorter.

So, far from being a meaningless magic trick catch phrase ancient peoples believed that it used to hold real healing power.