Home » General Interest » Are Copper or Magnetic Bracelets Effective Against Disorders like Arthritis?

Are Copper or Magnetic Bracelets Effective Against Disorders like Arthritis?

SPOILER ALERT :  If you’re looking for a completely definitive answer to this perennial question then, unfortunately, you won’t find it in this article. But we do have a ‘good stab at it’.

When you consider how long these bracelets have been around and how popular they are, one might expect to find a wealth of studies of their efficacy, but no.

A trawl back to the mid-1960s turns up very little in the way of research and what has been done is suggestive but far from conclusive. An Australian study of several hundred arthritis sufferers, published in 1976, found evidence that many obtained genuine therapeutic value from wearing copper bracelets. Quite why is far from clear, however. 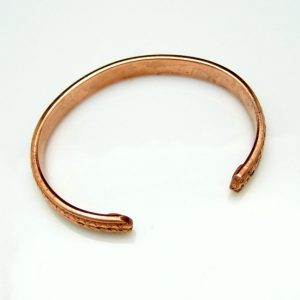 Measurements suggested that trace levels of copper do migrate from the bracelet into the body but other studies have failed to show a clear role for copper in rheumatoid arthritis. Many doctors would no doubt dismiss any positive benefits as being the result of the placebo effect (which often produces improvements in as many as 30% of patients for a wide range of disorders) but overall the issue of copper bracelets is a classic example of “more research needed“. In the case of magnetic bracelets, a recent study by British doctors of around 200 men and women with osteoarthritis of the hip or knee pointed to some evidence of efficacy but again it’s far from clear that it is more than a placebo effect (though of course that doesn’t mean such bracelets are useless).