Home » General Interest » Why does the British tax year start in the first week of April ?

Why does the British tax year start in the first week of April ?

Dealing with Tax issues can be pretty baffling sometimes. None more so than the date of the British Tax Year, which starts on April 6th each year. Sounds pretty random doesn’t it ? But it turns out that there really is a good reason for this seemingly rather arbitrary date. 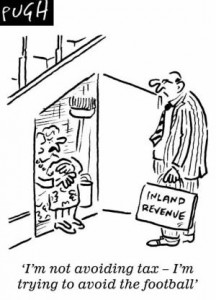 The odd timing of the tax year is a hangover from the days when the New Year used to began on 25 March – the Feast of the Annunciation; nine months before Christ’s birthday (see our article entitled Anno Domini – Origin of the Western Calendar). However that all changed when, in 1752, Britain adopted the Gregorian calendar, a reform which moved New Year’s Day to 1 January but left the financial year unchanged. The reform also added extra days on to the old calendar dates, so that the start of the tax year was shunted from the last week of March to the first week of April-where it’s stayed ever since.