1204 – The Birth of Guernsey’s Constitution

Guernsey today is an independent crown dependency. Self governing but loyal to the Crown of England, closer to the Norman coast than England. How did this rather strange state of affairs, common to all the Channel Islands, come about ?

When William The Bastard (aka William the Conqueror), Duke of Normandy, defeated King Harold and seized the English Crown in 1066, the Duchy of Normandy and England became one. The Channel Islands had formed part of that Duchy since the mid tenth century.

Guernsey’s historical link with the English Crown began in 1204, when England’s unpopular King John lost Normandy to King Philip Augustus of France. The English withdrawal left the Channel Islands dangerously exposed, presenting islanders with a stark choice: to maintain their allegiance to the continent, or to side with the English Crown. They chose the latter, which was probably the most significant event in the island’s history.

So why England? Was it a simple question of patriotism? The reality is more complex: Norman landowners, or Seigneurs, across the Duchy sided with whoever brought them the most benefits. Pierre de Preaux, Norman ‘Lord of the Islands’ since 1200, owned land on both sides of the Channel. He fought for King John against France but was defeated by King Philip, at Rouen. Rouen was the centre of the Norman government and, with de Preaux’s surrender on 24 June 1204, his Lordship of the Channel Islands technically passed to France. Indeed, subjects of the King of France were already occupying the Islands, which then briefly belonged neither to John’s England nor to Philip Augustus’s conquered Duchy of Normandy. Guernsey’s constitutional, administrative and cultural evolution had begun and the island’s unique identity had been born.

The Channel Islands had become a strategic prize in the cross-channel power struggle. Sensing their economic and military value, Eustace ‘the Monk’ successfully attacked with some 30 ships, reclaiming the Channel Islands for England in September 1205. Guernsey’s fortification began, with the building of Castle Cornet at the entrance to St Peter Port harbour. However, the French soon recaptured the islands, followed by a steady, well-planned English recovery in July 1206. King John appointed Philip d’Aubigny warden of Guernsey in 1207, and also of Jersey five years later.

Meanwhile, Eustace had fallen out with King John and settled in Sark. d’Aubigny drove him from the island in 1214, only for Eustace’s brothers to occupy all the Channel Islands from 1215 to 1216. Eustace was finally defeated by d’Aubigny, at a sea battle off the south coast of England, and beheaded. An Anglo-French treaty forced the brothers to return the islands to England.

One reason for King John’s desire to retain the islands’ loyalty was their value as a base for a possible future invasion of Normandy. In order to cultivate this loyalty, he granted the islands certain rights and privileges they had enjoyed under previous Dukes of Normandy and, just to make sure, took hostages from some of the leading local families. In return he continued to govern in his capacity as Duke of Normandy. In 1254, Henry III granted the Channel Islands to his son, the future Edward I, on condition they should never be separated from the English Crown, and so the legitimate King of England came to be the legally recognised ruler of Guernsey. By the Treaty of Paris of 1259, although Henry abandoned the title of Duke of Normandy, his possession of the Islands was confirmed. This remains the position today, and Guernsey has never been incorporated into the English or United Kingdom. 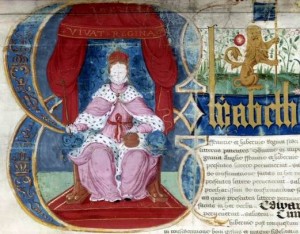 But Guernsey’s remarkable constitution has also been shaped by forces far from the English Channel. Continued French harassment led to the grant of a Papal Bull in 1481 directed against attacks on the island that had the effect, beneficial to trade, of making St Peter Port neutral .This led to a long period of relative peace and, on 15 March 1560, Queen Elizabeth issued a grand charter confirming Guernsey’s constitutional status quo set out in previous charters. The Grand Charter is one of a series of English charters and other documents which have safeguarded Guernsey’s judicial, economic, and administrative autonomy, which it has enjoyed since the Middle Ages, and today forms the bedrock of the island’s special constitutional relationship with the United Kingdom.

One right that Guernsey no longer enjoys is the Privilege of Neutrality. It was surrendered in 1689, when islanders turned enthusiastically to licensed plundering of enemy shipping, known as privateering. Such was Guernsey’s success in this new industry that, in 1800 alone, Guernsey ships seized French and American vessels and cargoes to a current value of £100m. Their assistance to the Royal Navy was so substantial that Westminster declared that Guernsey was almost entitled to be called ‘one of the great naval powers of the world’. Privateering was succeeded by smuggling, or ‘free trade’ as islanders referred to it, leading to confrontations between the Guernsey’s government and British Customs.

This intricate evolution of Guernsey’s constitution has had some intriguing results: islanders pledge their allegiance to the Crown, but not to the British Government – where they have no representation. They cannot be called for military service outside the islands, except to rescue the Sovereign if captured by enemies or to conquer England again. However, they elected to serve their King in two World Wars and fought with courage and conviction. Guernsey is in the Commonwealth but is self-governed, with its own traditions, taxation, laws, money, Norman-French language and character.

Despite their rich Norman heritage, Islanders are proud to fly the Union flag – if only to remind them that England, since 1066, has been one of their oldest possessions – and, over 800 years on from the historic events of 1204, Guernsey and England are still the closest of friends.