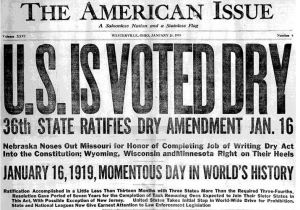 On Friday 16th January 1920 America officially ‘went dry’. For it was on this day that prohibition became law in the United States, ironically at the very start of the decade known as the Roaring Twenties, an era celebrated for its flappers, speakeasies, boot-leggers and stock-market speculation. An era that seemed like an unending party – much of it due to the unintended effects of Prohibition. But how did this strange state of affairs come about in a country which is supposedly renowned for freedom, self-reliance and the wild frontier-spirit ? Not a kill joy nanny state


Where it all Started

in truth prohibition had been a long time coming

Nowadays we have the impression of bemused dozens caught unawares by a puritanical law denying them the right to drink. But in truth. Prohibition had been a long time coming.

Back in 1846 Maine had become the first state to prohibit the sale of alcohol, and soon other states followed; by 1855 13 of the 31 states were ‘dry’. By the time the 18th Amendment to the Constitution was ratified in 1919, Prohibition was already in force in 33 states, covering 63 per cent of the nation’s population.

America had had a long history of fighting the demon drink, much of it stemming from religious revivalism, usually led by worthy women from the Middle West. The Women’s Christian Temperance Union was founded in 1874 and the Anti-Saloon League in 1895, both in Ohio. The Anti-Saloon League’s feisty Carrie Nation assaulted bars and taverns armed with a hatchet to smash the bottles and trash the furniture. The League pronounced that saloons

Across the nation virtuous women simpered:

Lips that touch wine
Shall never touch mine.

The move towards nationwide Prohibition snowballed after the First World War, when American soldiers returning from Europe shocked those who had stayed at home with their more sophisticated ways, including a fondness for alcohol. As vaudeville star Eddie Cantor sang:

How’re you going to keep ’em
Down on the farm,
After they’ve seen Paree?

In December 1917 Congress submitted the 18th Amendment to the states; the next month Mississippi became the first state to ratify, and on 16 January 1919 Nebraska completed the job, since now the necessary three-quarters of the states had ratified.

Almost as soon as the ink was dry on the new Amendment, bootleggers began bringing alcohol in from Canada, and speakeasies (so called because to gain entrance you had to ‘speak easy’ to the doorman) flourished. Soon there were tens of thousands of them in New York City alone.

Al Capone is supposed to have earned $60 million a year

Otherwise law-abiding citizens also set up home stills to produce ‘bathtub gin’, from which a number were blinded, while others used car radiators to distil liquor, a process that sometimes led to fatal lead poisoning. Unscrupulous doctors had a field day prescribing ‘medicinal’ whiskey for their thirsty patients. But the most malevolent transformation was in organised crime, for now legendary gangsters such as Lucky Luciano, Dutch Shultz, Albert Anastasia, Bugs Moran, Frank Nitti and Bugsy Siegel battled with Tommy guns and bribed policemen for control of the illegal trade in alcohol, garnering enormous profits. Al Capone is supposed to have earned $60 million a year. In response came illustrious lawmen like Izzy Einstein and Moe Smith from New York and the FBI’s Eliot Ness and his Untouchables.


The End of Prohibition

America lived with Prohibition for thirteen long years, but gradually a more sophisticated population and the tidal wave of crime turned the nation against it (The homicide rate increased by almost two-thirds during the Prohibition years.)

When accepting the Democratic nomination to run for president, Franklin Roosevelt delighted most (if infuriating hard-line dries) with his speech.

With Roosevelt safely in office, on 14 February 1933 a Wisconsin senator introduced a repeal amendment. Within six days both the Senate and the House had voted to put the amendment to the states, and repeal came on 5 December 1933, a joyous process that had required only 8 months and 22 days. Back to the top of the hit parade came a 1929 song by Jack Yellen and Milton Ager. 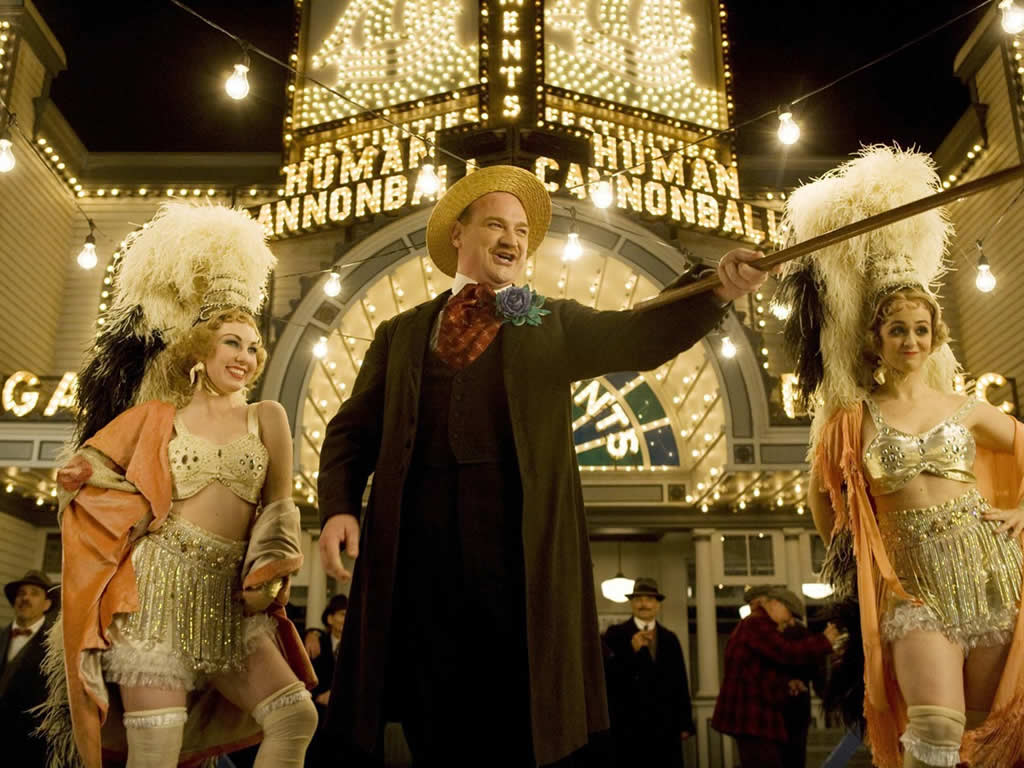