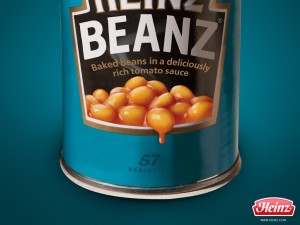 Baked Beans – beloved as part of an ‘English Breakfast’ eaten by the ton on toast is perhaps a peculiarly British love. But where did this come from – and where did ‘baked beans’ originate from ?


Rather surprisingly, the recipe for baked beans is quite probably based on a Native American preparation where beans were cooked with bear fat and maple syrup.Settlers in America adapted this recipe and used pork fat and molasses instead.

In the mid-19th century, over half a century before the baked beans we know came about, this way of preparing beans was very popular and, in New England, a ‘baked bean festival’ used to take place on Saturday nights. After the beans were soaked overnight , mustard, pork and molasses were added to them before they were carried through the streets at dawn by local children. Pots of beans were baked in ovens all day and feasted on by the locals that night. A canned variety of the same recipe turned up in 1875, when the Burnham and Morrill Company of America began producing them for the fishermen who were sore that they often missed out on the Saturday-night bean-fest.

What we recognise as baked beans – those covered in tomato sauce that is – were first produced in America in 1895, and in Great Britain it was the American company HJ Heinz that tested them out on the Brits. Marketed to the working classes as a cheap and nourishing feed, they were an instant hit. By 1928, manufacture had moved From the US to Great Britain, and these days over a million cans of beans are consumed every day in the UK.