Home » General Interest » Brew Time Conundrums : Why does a kettle of water quieten down just before it starts to boil ?

Brew Time Conundrums : Why does a kettle of water quieten down just before it starts to boil ? 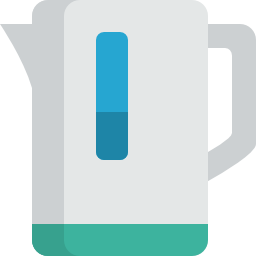 They say that “a watched pot never boils“, but next time you’re in the kitchen waiting for the kettle to boil for a fresh brew take a moment to listen, rather than watch, to what happens just before your kettle reaches boiling point. You’ll notice a rather curious thing – just before frantic conclusion there’s a lull, a short period where it actually gets quieter – so what’s going on here then ?

The “lull before the steam” effect is linked to the way the water is heated. Kettles are usually warmed from their base, so that the water down there reaches boiling point first. As the bubbles of vapour form, they rise up through cooler liquid, cooling as they go. Unable to maintain enough pressure to keep the surrounding liquid at bay, they suddenly collapse with a pop. Put enough of those together and you get the familiar rumble of a kettle heating up. As the heating continues, however, the bulk of the liquid starts to reach boiling temperatures, allowing big bubbles to go the distance, right to the surface. The result is a deeper, quieter sound – signalling the onset of boiling throughout the liquid, and tea time!!

Some Other “Tea Time Trivia”