Can the Blind See ?

CAN THE BLIND SEE? – An odd question that deserves some explanation … 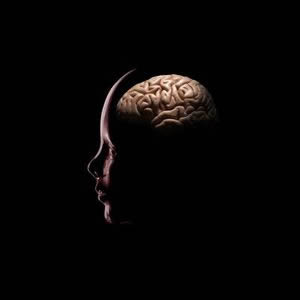 Over the last 150 years, medical researchers have come to understand how different parts of the brain perform different tasks in the body. They have located brain centres that are concerned with memory, movement, vision and hearing, smell, speech and so on.

One particular area, in the middle oft the back of the brain, is known as the visual cortex because it has been known for a long time that it is where the experience of vision is located. Much of the understanding of how different parts of the brain work has come from the study of injuries. When accidents occur which damage parts of the brain, doctors can infer from the changes in the patient’s behaviour or abilities that the injured part of the brain was concerned in some way with the normal functioning that was now disrupted. This is a fairly unsophisticated tool, however. Injuries do not often occur exactly within the borders of different areas of the brain and, in any case, it’s a crude source of imprecise information. When a car’s lights don’t work after a crash, the malfunction could have a whole range of causes, from battery to alternator to lamps or switches, and you have to be very careful not to draw sweeping conclusions. But with all these reservations, scientists felt fairly sure that when the visual cortex was badly damaged or even entirely removed, the patient would be blind.


HOW DO YOU KNOW WHEN SOMEONE IS BLIND ?

This may seem a silly question but some research that started in the 1970s has shown that blindness is not what it seems. The obvious way to test whether someone is blind or not is to ask them. Most people would not lie about such a serious matter, and that is why the link between the visual cortex and the sense of sight was so obvious. No one whose visual cortex had been badly damaged could see-in the sense that we would normally use the word. They were incapable of doing all the things that sighted people do, had great difficulty moving around and, of course, reported a total absence of visual images.

although the visual cortex seems to be the site of the subjective experience of vision, there are other areas of the brain that are involved with the processing of visual messages

But in 1974 a man had to have an operation to remove a brain tumour that had invaded his visual cortex, and as a result he was blind in one half of of his visual field. This meant that he could see half the world, the half on his left side, but was unaware of anything on his right. Now it so happens that some animals with damaged or missing visual areas can still perform tasks that require the use of vision. They can move their heads in the direction of a flashing light, for example. Since animals can’t tell you whether they can see or not, it was not clear what was going on. But faced with a patient who assured the doctors he could not see, a group of scientists led by Professor Larry Weiskrantz at Oxford decided to discover whether he could nevertheless perform similar tasks to those they had demonstrated in animals. 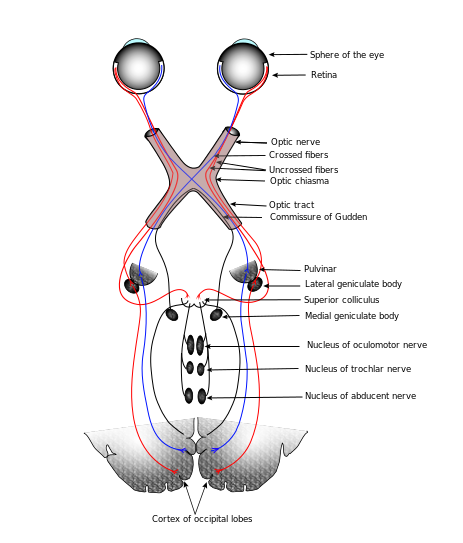 To the researchers’ surprise – and indeed the patient’s – he showed that there were several things he could do which would not be expected of a blind person. He too could locate a stimulus, a bright light, say, by pointing in its direction. He could also tell whether a stimulus was moving or stationary, and discriminate between a grating that was horizontal and one that was vertical. Most surprising of all, when shown coloured lights in succession he could tell whether their colours were similar or different. And all of this, bear in mind, was done without the patient being at all aware of seeing lights, gratings or colours. In fact, as you might expect, when first faced with these tasks, the patient must have thought the doctors had lost their minds. How could someone be expected to see lights and colours in a part of his visual field that he couldn’t see? He felt that he was just guessing each time he pointed in a certain direction or answered a series of questions, and was astonished to be told that all his actions and answers proved that, in some sense, he could still ‘see’.

What is going on with these patients with this property of ‘blindsight’ ? – as it was dubbed Well, although the visual cortex seems to be the site of the subjective experience of vision, there are other areas of the brain that are involved with the processing of visual messages which are received by the eyes and passed on to the brain.

Before a visual message reaches the visual cortex, it passes through other parts of the brain, and even branches out so as to affect several different areas. It has been discovered that as many as nine brain centres are activated by visual messages. What is likely to be happening is that one of those subsidiary centres is capable of directing a hand to point in a certain direction when it receives information about a spot of light, even if the cortex itself has been destroyed.


WHAT ABOUT OTHER SENSES ?

There is even a reports of ‘deaf hearing’ … in which people who had lost all ability to understand speech, could nevertheless discriminate between sounds

As this phenomenon is studied further, constrained fortunately by the rarity of serious brain damage with the necessary specificity, it turns out that other senses localized in other parts of the brain can also give rise to similar phenomena. What has been called ‘blind touch’ seems to occur. whereby someone with brain damage that destroys all sensation in, say, an arm can nevertheless, when blindfolded. respond successfully to instructions to point to where a particular probe is applying pressure to the arm. There is even a report of ‘deaf hearing’ in which someone with brain damage in an area that mediates understanding of words, who had lost all ability to understand speech, could nevertheless discriminate between the sounds of familiar words and unfamiliar words.


Scientists are realizing the tremendous capacity of the brain to perform necessary functions on its own, sometimes without us even being aware of it.