Published on Dec 1, 2017 in General Interest 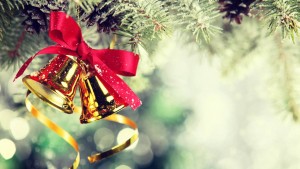 Ever wonder why ‘Jingle Bells’ is the only Christmas song that doesn’t mention Christmas, Jesus or the Nativity ? That’s because it was written to celebrate Thanksgiving.


Originally entitled ‘The One-Horse Open Sleigh’, ‘Jingle Bells’ was the work of American composer James Lord Pierpont (1822–93), uncle of the financier J. P. Morgan. Pierpont’s father commissioned it for a Thanksgiving service and he wrote it in 1857.

Pierpont led a wild life – at 14 he ran away to sea and joined a whaling ship. At 27 he left his wife and children in Boston to join the California gold rush. After re-inventing himself as a photographer, he lost all his possessions in a fire and moved to Savannah, Georgia, where he joined the Confederate army during the Civil War. Throughout this period he continued to write songs, ballads and dance tunes, including Confederate battle hymns and ‘minstrel’ songs for performance by white people with blacked-up faces. Some of his less festive tunes include ‘We Conquer or Die’ and ‘Strike for the South’.

‘Jingle Bells’ was the first tune played live in space. On 16 December 1965, as US astronauts Wally Schirra and Tom Stafford were preparing to re-enter the Earth’s atmosphere in Gemini VI, Stafford contacted Mission Control to report a UFO….

‘We have an object, looks like a satellite going from north to south, probably in polar orbit … Looks like he might be going to re-enter soon . . . I see a command module and eight smaller modules in front. The pilot of the command module is wearing a red suit.’

Before Houston could respond, Schirra began playing ‘Jingle Bells’ on a harmonica he’d smuggled aboard in his spacesuit. He was accompanied by Stafford on sleigh bells.


Pierpont died in 1893 and sadly he made very little money out of it and never lived to see his song’s enormous popularity.