Home » Science » Dropping in on the Big Bang

Dropping in on the Big Bang 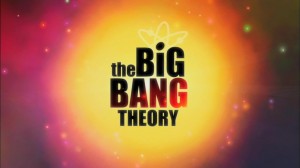 In the days of analogue TV – fast disappearing as the digital changeover takes hold – older television sets did not have remote controls or even channel buttons, but a rotating knob which you turned through various UHF frequencies until you found the channel you were looking for. If you stopped tuning before you found a channel, you’d see a screen full of’snow’ – white dots coming and going randomly. Some of that ‘snow’ is a sign of the Big Bang , although nobody was aware of its significance until the 1960s. And even then, a heap of bird droppings got in the way of one of the most significant 20th century discoveries in science.

Some of that ‘snow’ is a sign of the Big Bang

When two physicists working at Bell Labs in the United States tried to find uses for a defunct communications antenna, they noticed some annoying interference which occurred wherever they pointed the antenna in the sky. They’d been hoping to use the antenna to detect radio waves from certain stars, but clearly they would have to remove all sources of interference before they could measure the stellar radiation, which would be very low-level anyway.

The scientists, Arno Penzias and Robert Wilson, climbed up on the roof where the antenna was kept and found what they thought was the problem – layers of droppings from pigeons that had turned the antenna into a home. The droppings were warm, and since the kind of radiation causing the interference was an indication of temperature, they realized they had probably found the source.

After thoroughly hosing down the antenna and scattering pesticides, the scientists went back to their measurements. Sure enough, there had been an effect from the bird droppings, and the level of interference was now lower. But it was still there.

At the same time as Penzias and Wilson were wrestling with their little technical problem, another physicist, Robert Dicke, had been working on what was then a new idea about the origin of the universe, the Big Bang theory. One consequence of this theory was that the universe began in an intense burst of very hot radiation, and spread in all directions over the succeeding billions of years, becoming cooler at the same time. If this theory is correct, the universe today, after 15 billion years, would be bathed in much cooler radiation, at exactly the frequency of the interference found by Penzias and Wilson – after they had cleaned their antenna of bird poo of course.

When Dicke heard about their problems, the three scientists got together and it became clear that the Bell Labs antenna had detected the first hard evidence for the Big Bang theory, and in 1978 Penzias and Wilson (but not Dicke) shared the Nobel Prize for physics. Although Wilson had supported a rival theory for the origin of the universe, the Steady State theory, he had to accept that the combination of Dicke’s reasoning and his and Penzias’s own data supported the Big Bang.