Home » Channel Islands » Free, Free At Last – When the Truth Could Finally be Told in Guernsey

Free, Free At Last – When the Truth Could Finally be Told in Guernsey 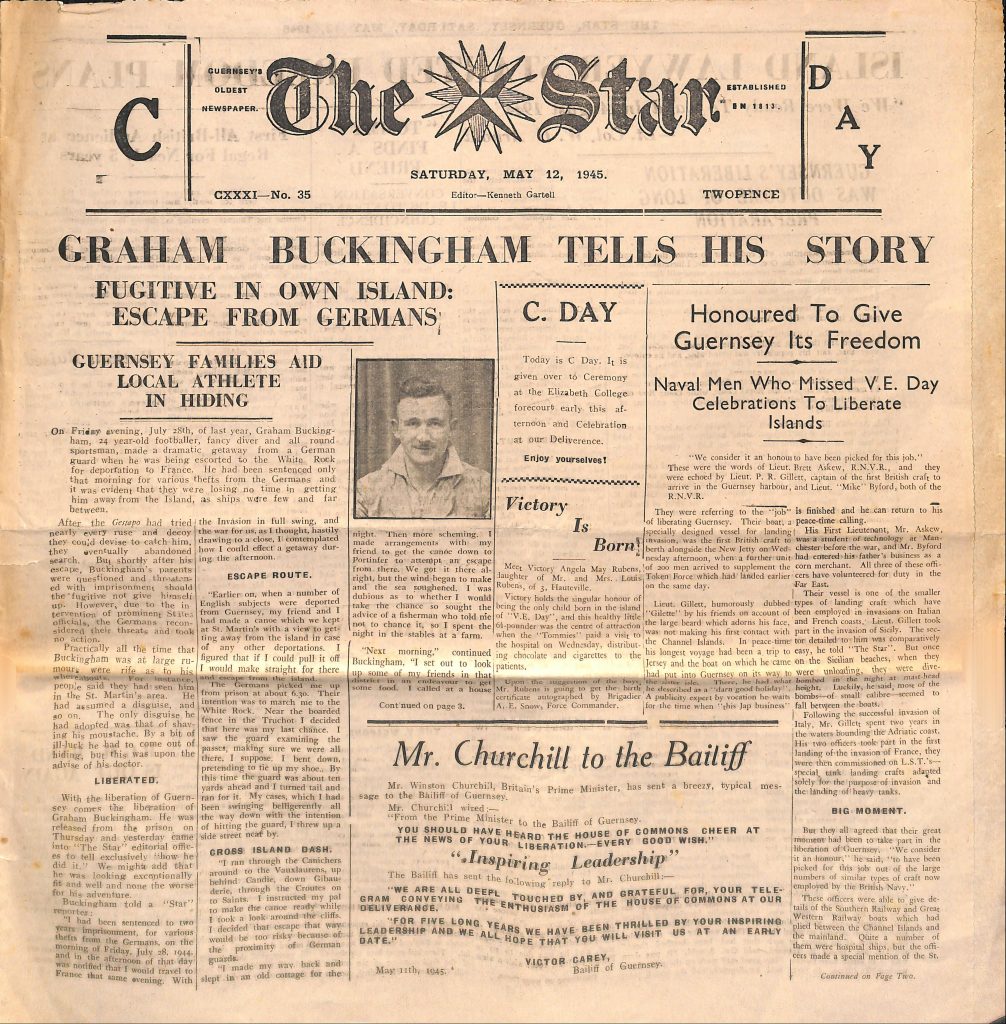 On the 9th of May 1945 Channel Islanders tasted freedom for the first time in nearly 5 long and terrifying years for it was on that day that the British forces finally liberated Guernsey from German Occupation.

One of the first casualties when the Germans arrived on the island on 30th June 1940 was the truth, or at least the right to press freedom. The Germans immediately took control of the 2 local Papers – “The Star” and “The Guernsey Evening Press” so that the daily news diet for islanders became a series of propaganda stories extolling the superiority of the German Reich and the supposed weaknesses of the Allies.

That all changed on 9th May 1945 when islanders could finally both hear and tell the truth of what had gone on in their beloved Guernsey.

It was as if the island had been holding its breath for 5 years. You can almost hear an explosive exhalation in the post liberation newspapers with people telling their individual stories, of acts of heroism and small acts of quiet defiance in the face of an all crushing tyrannical enemy. In this article we look at one such story.

On the 12th May 1945, scant days after liberation, “The Star” newspaper thundered out the headline :


On the evening of Friday July 28th 1944, 24 year old local footballer and athlete Graham Buckingham was being escorted to the White Rock for deportation to France after having been sentenced only that morning for various thefts from the Germans. Clearly the Germans were losing no time in getting him away from the Island, with the situation worsening for them in the neighbouring Normandy peninsula after the successful June 6th Allied landings there.

It was at this point that Graham took his life into his own hands and made a dramatic getaway from his German guard.

The Star goes on to report that

“The Gestapo had tried nearly every ruse’ and decoy they could devise to catch him, they eventually abandoned the search… even questioning and threatening Buckingham’s parents with imprisonment should the-fugitive not give himself up.“

The Star then then goes on to say that

“However, due to the intervention of prominent States officials, the Germans reconsidered their threats and took no action.“ 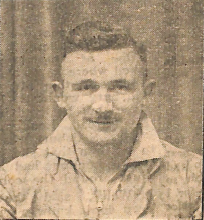 I had been sentenced to two years imprisonment, for various thefts from the Germans, on the morning of Friday, July 28, 1944 and in the afternoon of that day was notified that I would travel to France that same evening. With the Invasion in full swing and the war for us, as I thought, hastily drawing to a close, I contemplated how I could effect a getaway during that afternoon.”

Earlier on, when a number of English subjects were deported from Guernsey, my friend and I had made a canoe which we kept at St. Martin’s with a view to getting away from the island in case of any other deportations. I figured that if I could pull it off I would make straight for there and escape from the island.”

“The Germans picked me up from prison at about 6.30. Their intention was to march me to the White Rock. Near the boarded fence in the Truchot I decided that here was my last chance. I saw the guard examining the passes, making sure we were all there, I suppose. I bent down, pretending to tie up my shoe.. By this time the guard was about 10 yards ahead and I turned tail, and ran for it. My cases, which I had been swinging belligerently all the way down with the intention of hitting the guard, I threw up a side street near by.

I ran through the Canichers around to the Vauxlaurens, up behind Candie, down Gibauderie, through the Croutes on to Saints. I instructed my pal to make the canoe ready while I took a look, around the cliffs. I decided that escape that way would be too risky because- of the proximity of German guards.”

“I made my way back and slept in an old cottage for the night. Then more scheming. I made arrangements with my friend to get the canoe down Portinfer to attempt an escape from there. We got it there alright, but the wind began to make and the sea roughened. I was dubious as to whether I would take the chance so sought the advice of a fisherman who told not to chance it, so I spent the night in the stables at a farm.”

“Next morning I set out to look up some of my friends in that district in an endeavour to get some food. I called at a house where the de Jersey’s were living, I received a great welcome and was told that I could stay there for good and that they would look after me. Here I stayed for an uneventful 2 months, just going out in the garden for exercise after curfew.”

Now for my closest shave. Someone had written an anonymous letter to the Gestapo notifying them that there was a radio in the house at which I was staying. This fact I was ignorant of. The morning they came down to search the house I was in a loft in the kitchen and happened to be just coming down the stairs when I spotted the German at the bottom. I can tell you I had a shock. They didn’t find a radio nor recognise me- It is interesting to add that I would be eating a meal in the kitchen and someone would knock on the door and I would be forced to make a dash up to the loft with knife and fork and plate of food to finish off the meal.”

“Things began to get a bit sticky around here so I stayed a night with my own people at Chelsea House. I visited my people 2 and 3 times a week or fortnight.”

“When things subsided I went to a relative’s house, Mr. and Mrs Ronald Warr of St. Martin’s and was there the night when I fell on a bottle and gashed my hand.”

“It was imperative that I should seek medical advice, and I would here emphasise that the doctor was not the slightest bit responsible for my getting re-captured. I was taken to hospital and while there had a policeman as guard. ‘Once bitten, twice shy’ was evidently the Germans’ maxim.”

“After a stay of 4 weeks in hospital I was taken back to prison. The doctor did not want me to go but the Germans were adamant. The doctor told them that I was not fit and said that if they took me they would have the responsibility of looking after me. They weren’t at all keen on this and permitted me to go and see Dr Gibson twice a week with a local police escort.”

Graham Buckingham’s liberation came a day later than his fellow islanders as it wasn’t until Thursday May 10th, the day after British Forces landed, that he was able to taste the heady feeling of freedom as he was finally released from his prison ordeal.