At its greatest extent, there was one soldier for every three Islanders compared to a ratio of one to one hundred in the occupied zone of France.

The types of resistance seen in the Channel Islands were different from those seen on the Continent. There are several reasons for this. Being small islands lacking forests and mountains, there were few places for resistance groups to hide. The Channel Islands also had a very dense military occupation. At its greatest extent, there was one soldier for every three Islanders compared to a ratio of one to one hundred in the occupied zone of France.

One of the most well known acts of resistance was the production of an underground News Letter “The Guernsey Underground News Service” or GUNS for short. It was a response to the suffocating stream of Nazi propaganda foisted on the local population.


The Role of Frank Falla

Frank Falla, born in 1911, was a journalist, working on Guemsey newspapers before and after the war. In common with other people who committed acts of protest, defiance and resistance, he used his skills as a way of defying the occupiers by night despite working on a German-controlled newspaper by day. The newspaper on which he worked had to pass a German censor, and Frank was always diligent about ways in which he could overcome this constraint on his work.

During the occupation, Frank was invited to join an underground newspaper. After radios were confiscated in June 1942 and listening to the BBC made a severely punishable offence, Charles Machon, Frank’s colleague and typesetter at the Guernsey Star, decided to start up the news service. He had to be careful not to let each member of the group know who else was involved in case any of them were caught. The other members of the group were, initially, husband and wife team Joseph and Henrietta Gillingham, and Henrietta’s brother Ernest Legg. Later on, Frank Falla and Cecil Duquemin joined. It was Frank’s idea to name the news service ‘GUNS’ (Guernsey Underground News Service). The newssheet was distributed throughout St Peter Port, where all members of the group lived, and further afield. The newssheet was also smuggled to Sark, where baker Hubert Lanyon made it available to customers. 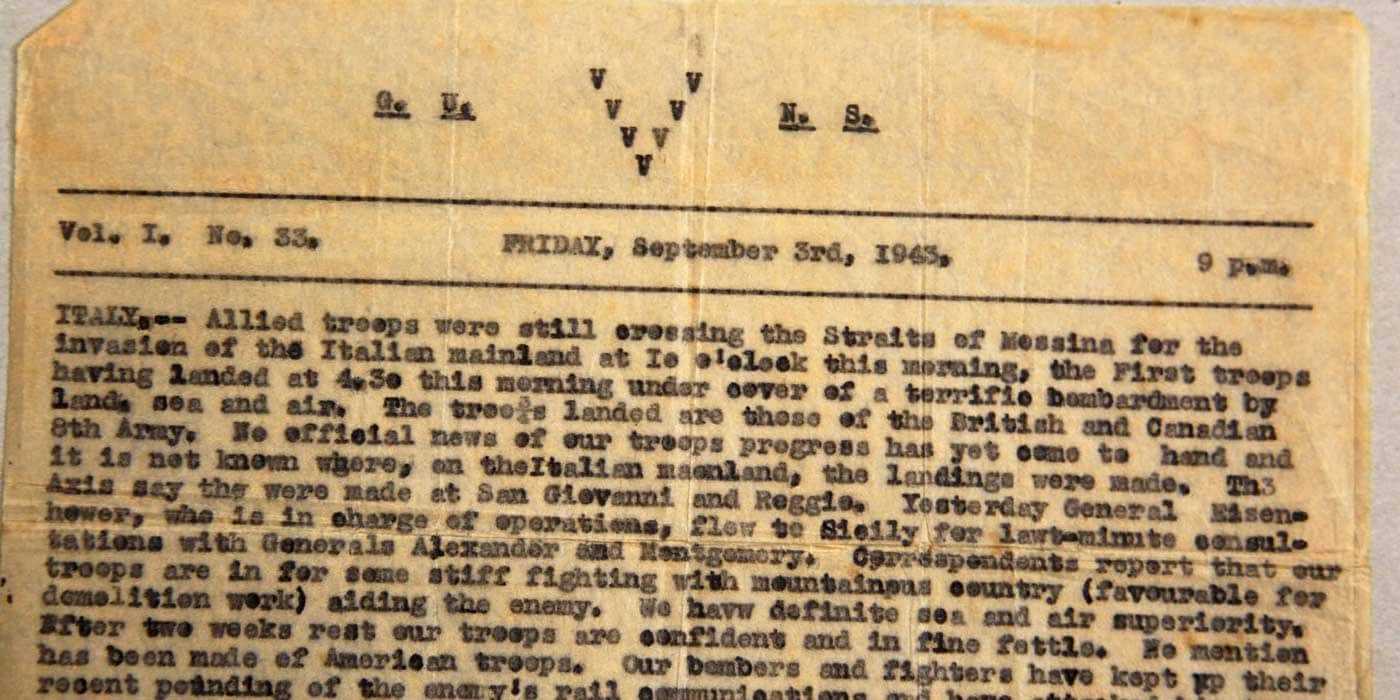 The men were informed upon and arrested. Henrietta’s brother and husband covered for her and she was not arrested. The five men were deported, but Lanyon was fortunate to serve his sentence locally. As the ringleader, Charles Machon was given the longest sentence, separated from the group, and sent to a series of prisons in Germany where he tragically died within 5 months. His unmarked grave wasn’t located until 2016 in Hamel.

In June 1944, the others were sent to Frankfurt am Main prison followed by Naumburg (Saale), where they had to carry out forced labour.

Whilst at these prisons, they discovered a number of other Channel Islanders. Conditions in the prisons were dire, of the 11 Islanders in Naumburg, 5 died within 6 months. Conversely, of 10 Channel Islanders sent to Buchenwald concentration camp, all survived – such was the often random nature of survival in Nazi Germany. 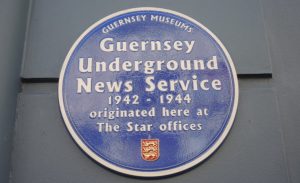 As a keen writer, Frank Falla decided to swap his bread ration with another prisoner for a stub of pencil. He had found a sheet of paper at the bottom of his shaving bag, and he made a note of the names and dates of each of his Islander friends as they died.

Frank Falla and Ernest Legg were lucky enough to survive, they were only days from death, when their liberation came in April 1945.

Joseph Gillingham and Cecil Duquemin had been moved elsewhere; Gillingham had died in March 1945 in Halle prison, – a fact that was only revealed 70 years later in 2016 when his grave was identified.

Frank and Ernest were taken back to Britain after they had begun to recover their health sufficiently and then allowed to return to Guernsey later in the summer of 1945.

It was whilst in the UK, that Frank began writing articles for the Guernsey Evening Press and Jersey Evening Post giving the full details of what the men had experienced, along with a list of dead Islanders. Shockingly this was the first notification that the families of received as the the fate of their relatives.


Back in the Island & Healing the Wounds

When back in Guernsey, Frank visited the families to tell them about the fate of their loved ones, despite struggling with his own PTSD.

Throughout the 1950s and early 1960s, Frank watched the processes of compensation and restitution agreements made between formerly occupied countries and West Germany. He petitioned Members of Parliament, and eventually the 1964 compensation agreement between the UK and Germany was signed. He then began lobbying on behalf of Guernsey.

Frank was now on a mission and was prepared to fight hard to get compensation for every single person who deserved it.

The case of Henrietta Gillingham amply demonstrates his passion and commitment…

As a single mother Henrietta Gillingham struggled financially after the war, taking odd jobs to cover her inadequate widow’s pension. That changed after Frank Falla knocked on her door in 1964.

“I can recall him coming to our house,” her daughter Jean, then 21, recalls.

Falla helped her mother and uncle, also imprisoned at Naumburg, to put together a compensation claim that would eventually yield £2,293, equating to £42,642 today, which Jean says made their lives far more comfortable.


Thanks to Frank’s crusade, around 50% of all Islanders who applied for compensation received it.