Home » Channel Islands » Guernsey Legends – The Devil and the Schoolmaster

Guernsey Legends – The Devil and the Schoolmaster 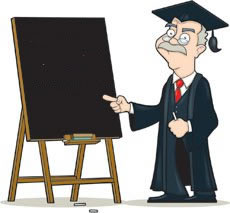 One of Guernsey’s more intriguing legends because it is about the appearance of the Devil to, of all people, a schoolmaster.


In the Vale parish there once was, a very gifted schoolmaster called Mr Pallot. He was a born teacher who effortlessly commanded both the respect and affection of all of his pupils.

He was such a studious and clever teacher that the local farmers suspected he might know more than was lawful. However as he was such an excellent teacher they were prepared to overlook this and they still sent their sons to be educated by him.

One of these pupils was very gifted, and had such a love of acquiring knowledge it almost proved to be his downfall. The boy noticed some very old books which were always kept locked in a carved oak chest. Knowing how they were treasured by his teacher only made the boys curiosity to read them stronger. He tried hinting to his master that he wanted to read them but to no avail so he eventually plucked up the courage to ask his teacher openly if he might read the books, but the schoolmaster refused this request.

One morning the relatives of a dying man sent an urgent request to the teacher to come and make out a Will for the man. The teacher went immediately, but by mistake left his keys behind unattended. The boy, consumed by curiosity saw his chance and taking the keys unlocked the chest. He lifted out one of the heavy books and began reading out loud. Unfortunately, he what he was reading out was a spell which could summon the Prince of Darkness to do the bidding of anyone who called him. Within a minute, a violent and terrible storm raged about the schoolroom, and to the boy’s horror Satan appeared in front of him, asking what was required. The terrified boy could not speak he was so filled with fear. Furious at being summoned for nothing, the Devil seized the boy and was about to make off with him when the schoolmaster returned. Realising what was going on the schoolmaster prevented the Devil from leaving with the boy with an incantation.

The schoolmaster reasoned that the only way to make the Devil leave the boy behind was to promise Satan that he could keep his victim if he performed a set task by sunset. After some argument Satan agreed and the schoolmaster scattered some dried peas on the floor. Then giving Satan a three pronged fork he told him to use that to throw all the peas over the half door by sunset. This of course proved impossible. The furious Devil wrenched the door off its hinges and threw it away in the direction of Les Landes. It landed on a green and flourishing thorn bush, but the next day the bush was seen to be flattened almost to the ground, and with withered leaves. It still grew, but the leaves from that time on were always withered.