Home » Science » How are fossils formed?

How are fossils formed? 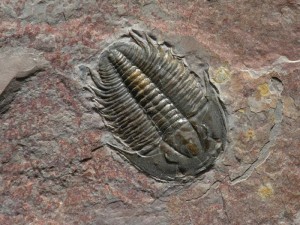 When animals, plants and other organisms die, they typically decay completely. But sometimes, when the conditions are just right, they’re preserved as fossils.

Fossils then are the preserved remains or traces of ancient organisms which have become entombed in sedimentary rock. Sedimentary rocks are types of rock that are formed by the deposition of sediments typically within bodies of water. Pressure on these sediments then turns it into ‘rock’.

In addition to sedimentary rock Fossils have also been found in volcanic ash, tar, ice and amber. However the most common is the trapping in sedimentary in rock where they are preserved by the natural process of burial by sediments such as mud, silt or sand typically from a marine, lake or swamp habitat.

To increase the chances of fossilisation the organism needs to be buried by sediment quickly after its death to stop it being scavenged and to impede decomposition. Following burial the remains go through physical and chemical changes over thousands or even millions of years to become fossilised as the sediments are more deeply buried and are transformed into sedimentary rock. Hard tissues of organisms such as shell, bone and teeth are normally the only parts fossilised as they contain biominerals secreted by the living animals which makes them more resistant. Only rarely are soft tissues such as muscles preserved. 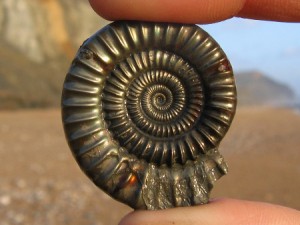 The actual process of fossilisation can occur when cavities within organisms, such as porous cell walls, become filled with minerals precipitated from groundwater. This preserves the overall shape and structure of the organism which could otherwise be crushed by the overlying sediment.

Fossilisation can also occur when the remains are dissolved by acidic groundwater and the residual void is a mould of the external surface left as an impression in the surrounding rock. If the void is later filled with minerals then this creates a fossil cast of the original organism. Similarly a 3D internal mould can form when sediments or minerals fill internal spaces of the organism before original tissues are dissolved. In addition some fossils can form through mineral replacement of the original tissue or through recrystallisation where mineral composition remains the same but in a different crystal form. 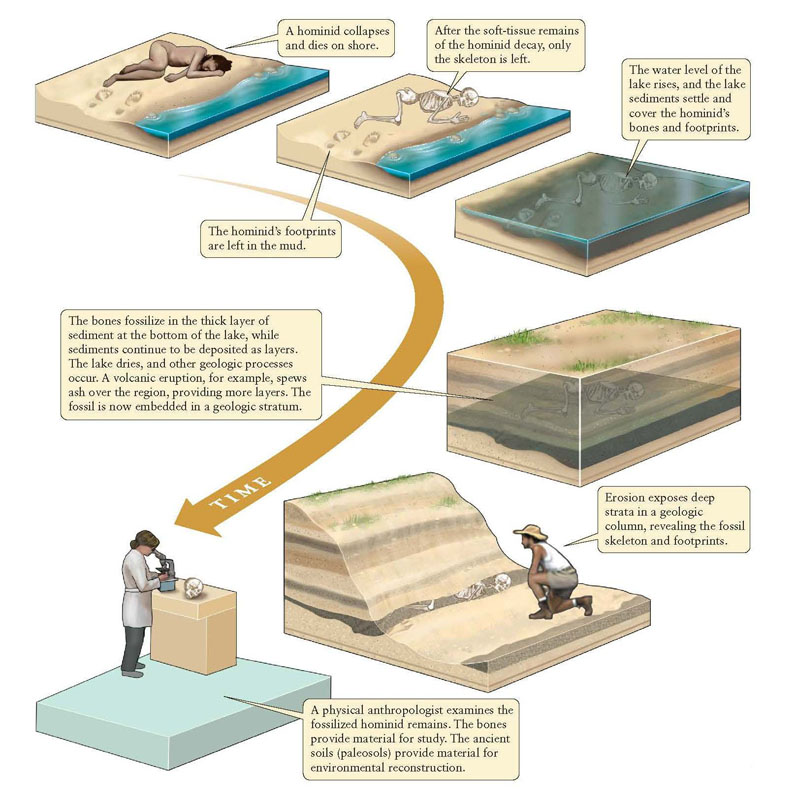